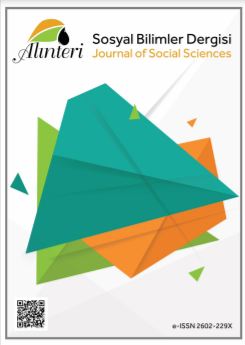 27 mayis 1960 darbesinin eğitim hayatina etkileri
The Effects of the Coup on May 27, 1960 on Education Life

Summary/Abstract: In terms of its cataclysmic effects on Turkey's political and social life and on its future, 1960 Turkish coup d'état on May 27 is one of the most important events in recent history. During this period, education life was also affected by the coup's shocking effects. Therefore, the present study attempted to investigate how 1960 Turkish coup d'état on May 27 affected education life in Turkey with military regime's actions, policies, and legal regulations. To this end, legal regulations regarding education life during the aforementioned military coup period were investigated, and this military regime's main policies, practices, and ideologies were identified. In this way, some conclusions were drawn regarding changes and transformations on education system and cultural life practices brought about by the military regime, different from civil governments. The military regime acted in two directions in the face of the need for development in the country regarding education system and education level. First, the military regime conducted propaganda activities against the former Democrat party government by blaming it for all problems on education life, which could not be solved for decades, in order to ensure the legitimacy of junta and conducted a series of unfruitful putschist actions in educational institutions. Secondly, the military regime tried to find some temporary solutions for problems about education system.