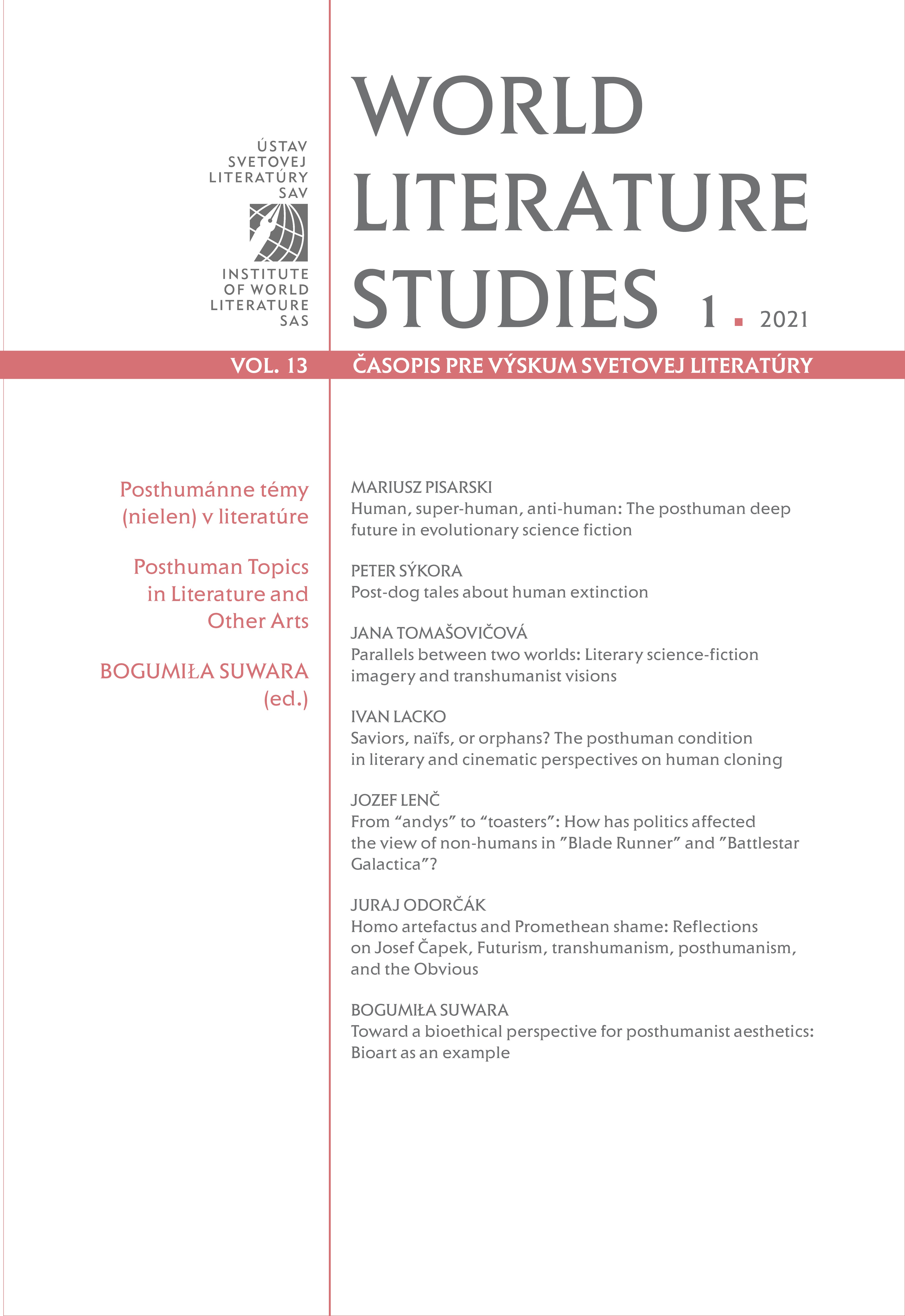 Summary/Abstract: This paper is focused on an analysis of Josef Čapek ’s notion of technology and his scrutiny of the conflicting nature of the avant-garde movement of Futurism in relation to the contemporary assumptions of the processual philosophies of transhumanism and posthumanism. The analysis is reconstructed in the narrative setting of the technological and methodological hybridization of the categories of the human and posthuman (Homo artefactus) and is inspired by Josef Čapek’s approach to a specific philosophical question: Why would anyone want to create a posthuman, a “robot Picasso”? It is argued that Josef Čapek projected that some of the motivational assumptions about the creation of posthumans would be built upon the inconsistent stigmatization of the human by humans that envy the hypothetical superiority of posthumans (i.e., Promethean shame).