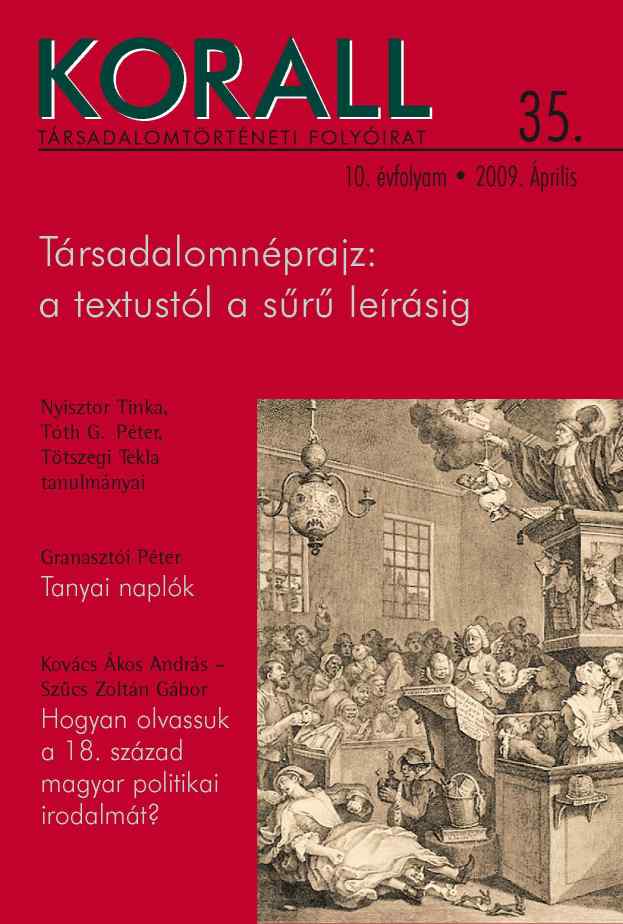 Hogyan olvassuk a 18. század magyar politikai irodalmát?
How to read the Hungarian political literature of the eighteenth century

Summary/Abstract: The authors of the paper argue that it might be worth rethinking some aspects of the 18th century Hungarian political literature from several points of view, mostly based on new approaches and results of the international historiography.After a short introduction and some methodological reflections on the relevanceof some results of the Hungarian and international historiography, the article focuses on the most characteristic features of the complex social and political conditions of Hungary in the 18th century, since this complexity contributed heavily to the nature of the political discourses of the epoch. Among the most important factors are for instance the confessional separation, education, and other aspects of the local social-cultural influences and conditions. Furthermore, this chapter aims to focus on the possibilities of using and combining some findings of the so-called contextualist and conceptual history methods. In the empirical part of the article, the authors demonstrate the main discursive strategies of early-modern nationalism in the period which marks an early phase of Hungarian nation-building. The second example focuses on the key concepts of the political order, showing the pertinence of the question from the angle of the history of ideas. These examples are presented through a mostly unpublished collection of political writings of the eighteenth century. The article accentuates the peculiarities of the discursive space of the region, the complexity and ambiguity of certain concepts, or, in other words, some important dilemmas of the genesis of the modern socio-political vocabulary in early-modern Hungary.