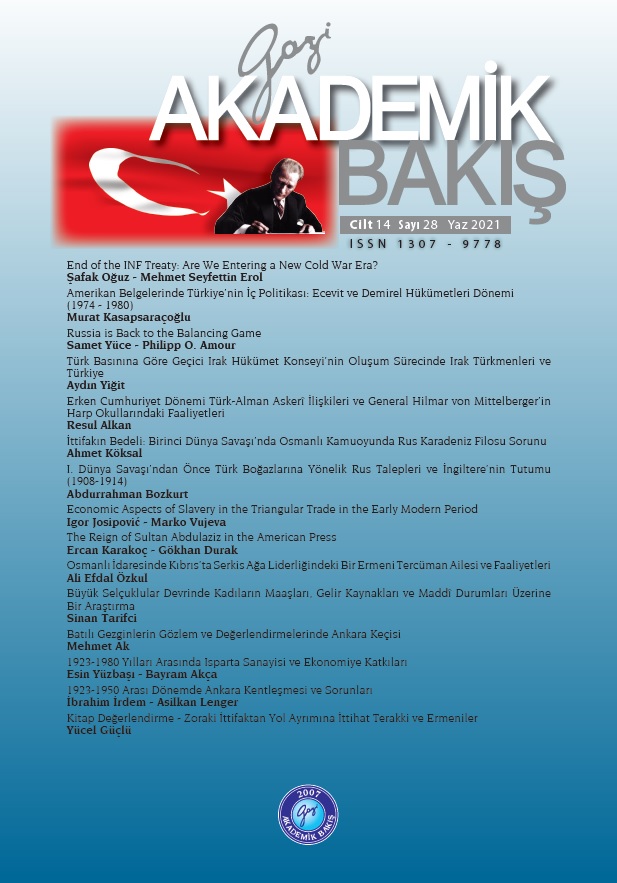 Summary/Abstract: In this study, the industrial activities of Isparta province between 1923 and 1980 and the contributions of these activities to Isparta economy have been investigated. In Isparta, the sectors of rose farming, rose oil manufacturing and carpet weaving have directed the city’s economy. Besides these, small handicrafts made with old methods in Isparta,which are weaving, leatherwork, shoe-making, coppersmithing, rope making and blacksmithing, continued to exist but their impact on the economy decreased with industrialization. Thanks to the economic policies implemented in Turkey during the republican era, important factories were founded between the years 1923 and 1980. Especially in the early 1970s, different industrial sectors developed, cement, feed, forest products processing, biscuit, fruit juice and garment factories have been opened and thanks to these, the number of products that Isparta exports and the level of gross provincial income due to industry increased. These factories, which hold a significant place in Isparta industry,made contributions to both city economy and that of the country. Thanks to the economic policies implemented in Turkey during the Republican era, industrialization increased and by 1978; the share of Isparta industry in the gross provincial product increased to 15.1%, and with this rate, Isparta industry became the second largest contributor to the city’s economy after the agricultural sector’s share of 25.1%.