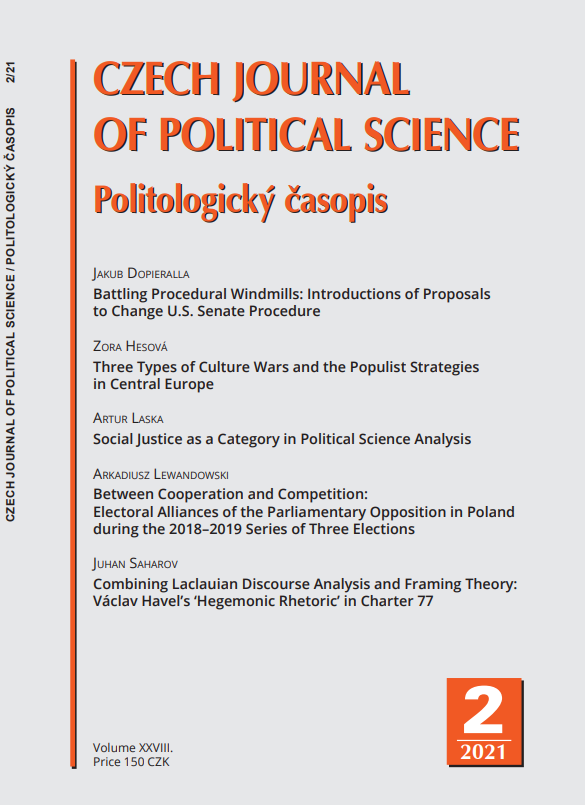 Summary/Abstract: The literature on the resistance and protest movements of Czechoslovakian dissidents and intellectuals during the communist period is abundant, but little attention has been devoted to close rhetorical analysis of the texts by the leaders of these movements. In conducting a case study of the rhetoric of the Czechoslovakian social movement Charter 77 during its early period of activity (1977–1978) as embodied in the early political essays of its leader Václav Havel and in the declaration of the movement, this article highlights the need to combine two theories in studying the rhetoric of social movement leaders: Laclauian discourse analysis and social movement framing theory. The article claims that, in order better to explain the choice of rhetoric of social movements, the two theories can be used in a single framework as an empirical method for analyzing social movements’ strategies. The study shows how combining Laclauian discourse analysis with framing theory expands social movement analysis; in combination, this framework explains the inception, emergence and choice of strategy of the Charter 77 movement.