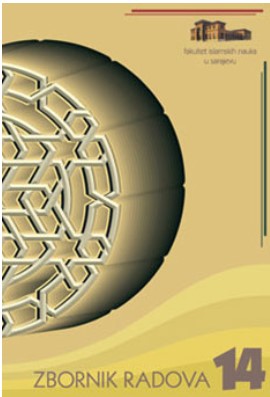 Summary/Abstract: Mehmed Begović (1904.-1990.) is the first professor of Sharia law at the Sharia Law Department, founded in 1926, at the Faculty of Law, Belgrade University. He received his doctorate in Algeria in 1930. He is the author of numerous books and articles and has shown a special interest for Sharia law studies. After arrival of communist to power Begović had to reduce his interest in these studies, but dropped it. His scientific work was recognised here and abroad where he was a member of many scientific associations and his membership of Serbian Academy of Sciences in Belgrade, and Arts and Bosnian Academy of Sciences and Arts in Sarajevo, should be especially noted. He was the member of the Founding Committee of the Islamic Theology Faculty (now Faculty of Islamic Studies). He wrote first Curriculum for Sharia law at ITF, and was the member of commissions for promotion into higher scientific and teaching titles for many members of the faculty. Therefore this paper is published as a reminder of the academician Begović who argued his knowledge and authority in the establishment and operation of this Faculty, on the occasion on twenty years of his move to the Hereafter.