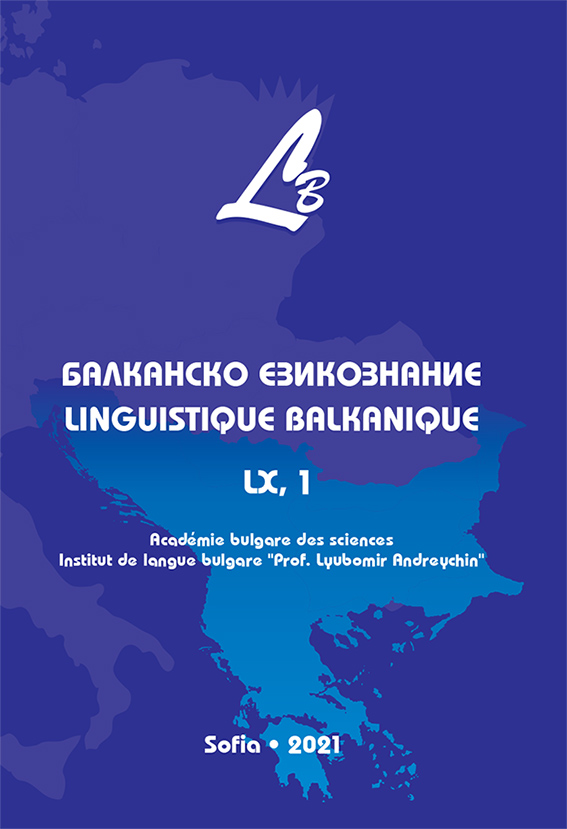 Summary/Abstract: This article analyzes the etymology of the words expressing the notion of ‘desire’ in Bulgarian and Romanian, two of the members of the Balkan Sprachbund. The Romanian language is particularly interesting as it has undergone a strong Slavic influence. The etymological comparison of the words designating the notion of desire in the two languages shows us that there is no common etymon in Bulgarian and Romanian, which is inherited from Indo-European via Old Bulgarian and Latin respectively. Words expressing ‘desire’ in Romanian have a heterogeneous origin. Of the 16 words examined, only 6 are inherited from Latin, 2 are borrowed from French, and only one from Greek, while 7 lexemes are of Slavic origin. Six of the borrowed words show a semantic evolution from the source term. Four Romanian words, denoting the notion of desire in Romanian, are etymologically or semantically related to the notion of pain. Bulgarian words for desire manifest a greater diversity compared to Romanian words. The semantic fields of the primary notions from which the lexemes denoting ‘desire’ coincide in the two languages are the following: ‘to be thirsty’; ‘to seek, to ask’; ‘to say, to pronounce’; ‘aspiration’; ‘daydream’. In Bulgarian, there are no words which are linked to the original notion of pain (except for one dialectal verb), but instead another primary meanings such as ‘to be gluttonous’, ‘to melt’ and ‘to languish in love’ appear.