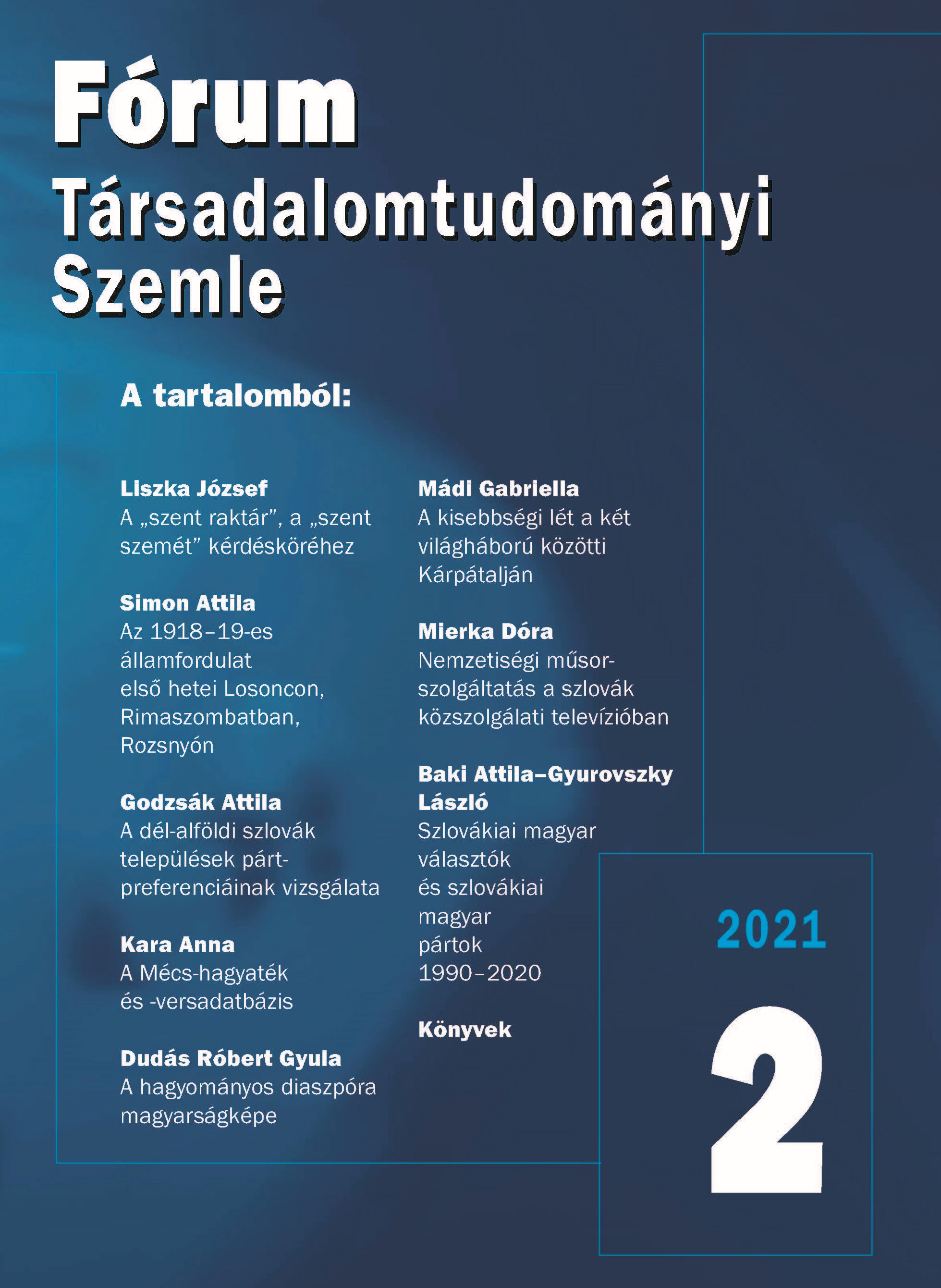 Summary/Abstract: The territory of today's Transcarpathia was an integral part of Hungary until the peace treaties that ended the First World War. After the annexation of the area to Czechoslovakia, the concept of Transcarpathia, the Hungarians of Transcarpathia, developed. Assuming that literature reflects reality in some form, literary works born in the area have a good chance of carrying the linguistic, cultural, and other features of an emerging national minority being. And by examining the literature between the two world wars, we can gain insight into the process of the formation of a minority. Tamás Mihály's novel Két part közt fut a víz [Water between Two Shores] reveals the period when the Hungarians of Transcarpathia became a minority from one moment to the next, while the Czech writer Ivan Olbracht describes the situation of the Jewish and Ruthenian ethnic minorities of the same period in his works. Through the analysis of the prose of the two authors, we can observe how the representatives of different ethnicities living in the present-day Transcarpathia were confronted with the changed social, political, economic, linguistic and cultural conditions of and how the multilingual, colourful cultural reality is reflected in their fiction.