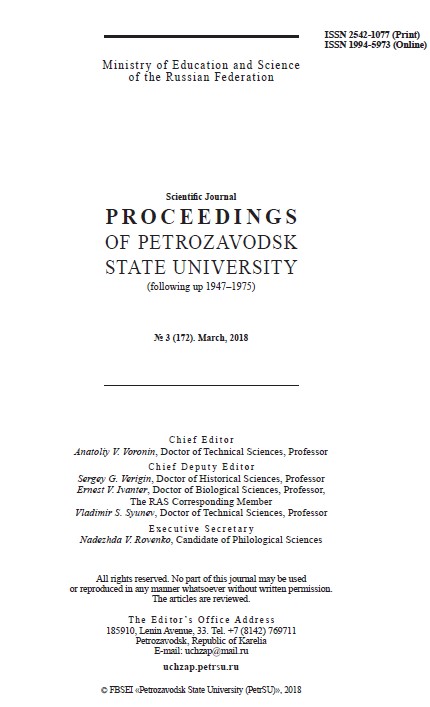 Summary/Abstract: A response of the submerged macrophyte (Elodea canadensis Michx.) to the action of toxic metal (cadmium) and biogenic metal (zinc) has been studied in model systems. The separate and combined effect of the sublethal concentration of Cd2+ (100 μmol) and moderate concentration of Zn2+ (50 μmol) on their accumulation, content of photosynthetic pigments and antioxidant reactions in the leaves of E. canadensis was investigated. The role of zinc in counteracting the toxic effects of cadmium has been studied. During incubation of plants in a medium with Cd2+, its content in leaves was increased by 780 times in comparison with the control group. The incubation with Zn2+ increased its accumulation by 23 times. Addition of both metals reduced accumulation of Zn2+ by 1,6 times, whereas Cd2+ – 1,4 times. Cadmium ions caused a decrease in the amount of photosynthetic pigments, anthocyanins, soluble protein, and catalase activity, while the activity of superoxide dismutase and the content of soluble protein thiols (per mg of protein) increased. Zinc ions caused degradation of chlorophylls, but stimulated the process of synthesis of carotenoids and anthocyanins in the leaves of E. canadensis. Adding zinc to the medium with cadmium reduced the toxic effect of the latter. This phenomenon is probably conditioned by the inhibition of Cd2+ accumulation in the presence of Zn2+, as well as by the ability of this biogenic metal to inhibit oxidation of biomolecules and, consequently, further generation of reactive oxygen species.