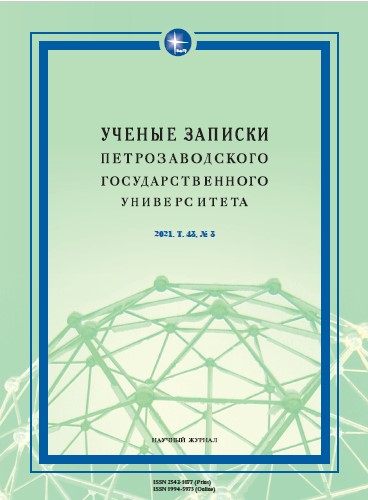 Summary/Abstract: The article presents a statistical and semantic structure analysis of complex sentences with causal meaning used in modern journalism. The relevance of the study is determined by the need for a systematic description of possible construction tools for expressing causative relations in the modern Russian language. The topic is also of interest in stylistic and historical aspects, since the functioning of a language is a process, which, on the one hand, is stabilized with the help of ingrained language means, and on the other hand, is constantly developing through acquiring new features. The body of the analyzed structures included 1300 causal complex sentences selected by the method of continuous sampling from the works of various journalistic genres (books, magazines, newspapers, and Internet resources). The journalistic style is characterized, to one extent or another, by the use of almost the entire spectrum of conjunctions of causative hypotaxis, including neutral, archaic, and stylistically marked ones. It is shown that the linking devices of causal complex sentences are distributed unevenly and in accordance with the general trend of the modern Russian language development. The most frequent conjunctions are потому что, поскольку, ибо, так как (all meaning ‘because’ or ‘since’). Their representation and structural and semantic modification are determined by the variety of tasks and forms of journalistic works. Other linking devices with causal semantics are unproductive, but they are relevant in certain communicative situations, since they indicate specific shades of causal meanings, nuances of a causal relationship, the author’s intention or position, etc.