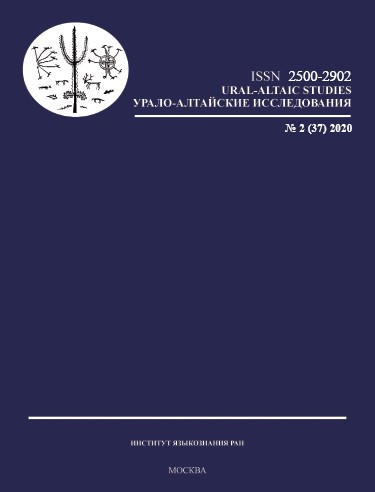 Summary/Abstract: Dynamics of cultural processes in Primorye is analyzed in a wide chronological range: from Paleometal Epoch to the early Middle Ages. The problem of transition from ancient cultures to the medieval is considered; connection and continuity of archaeological cultures of Paleometal Epoch (Lidovskaya, Yankovskaya, Krounovskaya, Poltsevskaya) and the Middle Ages (Moheskaya, Smolninskaya) is established. One of the factors influencing cultural processes in region, its relative isolation that leads to long preservation of archaeological culture acts, promotes creation of multicultural communities. As a result of the spent researches it was found out that population of Lidovskaya cultures lived in North-East Primorye up to the 1st—2nd centuries AD; population of Yankovskaya culture, having come in the region, have pressed on the north population of Lidovskaya culture and partially assimilated it; contact between Yankovskaya and Krounovskaya cultures has led to their merging into Yankovsko-Krounovsky communities; contact between Krounovskaya and Poltsevskaya cultures in the 1st millennium AD resulted in Smolninskaya culture; population of Poltsevskaya culture have lived till an epoch of the early Middle Ages, have entered close contact with Sumo Mohe, having left after itself in Blagoslaveninskaya and Naifeldskaya groups of Moheskaya culture, created subsequently the state Bohai; steady independent development of traditions is fixed in Troitskaya group of Moheskaya culture.