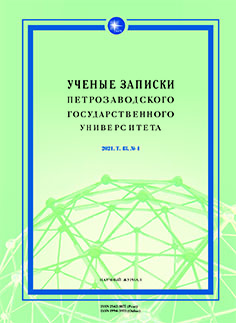 Summary/Abstract: The study of ethnicity is relevant in the context of globalization, since it helps people to emphasize their identity, enhance self-esteem, and increase self-awareness in mass culture society. Ethnosociologists and ethnologists pay attention to this problem, based mainly on the data of quantitative analysis. The number of scientific publications using non-formalized analytical tools has been growing in recent years. The paper aspires to investigate the possibility of using qualitative methods to study the social self-perception of a specific social group – Karelian ethnic activists. The author selects a new research focus not studying the social and psychological characteristics of ethnic activists, who traditionally serve as experts in ethnological and sociological studies. The research is based on a series of biographical interviews conducted in the republican center of Karelia, the city of Petrozavodsk, and in large settlements of so-called “national” districts (where the proportion of the Karelian population is higher than in the Republic of Karelia in general). The analysis of the materials was carried out by assigning keywords to a large decrypted text. The author processed the study materials based on a well-grounded legitimate theory and used the observation method as an additional research tool. It was concluded that the biographical method is important for studying the socio-psychological characteristics of a person. The communicative power of the Russian language leads to a situation of conflict between different components in the ethnic identity structure among ethnic activists, affected by a language shift. The Karelian language retains its value as an essential factor of identity (cognitive component), while the scope of its use is narrowing, and some of the respondents demonstrate low level of language competence or don’t speak this language at all (affective and behavioral components). Such ambiguity has a negative influence on the ethnic self-perception of Karelian leaders and makes them look for other ways of identification. The results contribute to a deeper study of ethnic processes, and can also be used in comparison with the processes taking place in other “national” regions experiencing the influence of globalization.