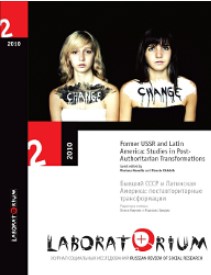 Summary/Abstract: The current neoliberal agrarian policies in Russia and Argentina (and the former Soviet Union and Latin America at large) have been strongly influenced by the Western agribusiness model of the agrarian economy. Following periods of state-led agrarian development (a planned economy until 1991 in Russia and a state-led market economy in Argentina until 1990), the rural sector in these countries is now characterized by free prices and relatively free import and export policies. In both countries, actors (governments, agribusinesses, or academics) in search of international models or partners predominantly looked to the highly productive agriculture in the West. In Russia, for example, Western advisors from the World Bank were involved in the design of privatization and liberalization policies in Russia in the early 1990s. In addition, as international farm consultancy and farm exchange programs originate in the West, and, furthermore, Russian agrarian academics have mainly used Western agriculture as a yardstick for comparison.