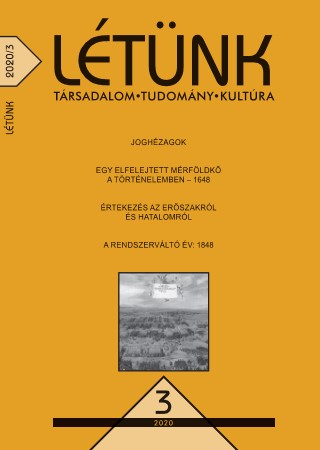 A KOSZOVÓI „FÜGGETLENSÉG” 10 ÉVE A NEMZETKÖZI KAPCSOLATOK TÜKRÉBEN 2008–2018
Ten Years of „Independence”: Kosovo 2008–2018 in the Aspect of Foreign Relation

Summary/Abstract: This article is about the independence of Kosovo, its impact on world relations, and especially the recognition of Kosovo by other states. After a brief historical introduction – why is Kosovo so important for Serbia, what happened there after the Ottoman conquest, and before the breakup of Yugoslavia – the author will discuss the road to independence, and the UN efforts before independence. The main subject of the article is the ten years since Kosovo became independent, the diplomatic reactions, support, and antagonism of other states, and nations. In the end we will hopefully understand the importance of this newly established, partially acknowledged statehood, and the problems which are connected to it, not just regionally but at a worldwide scale.