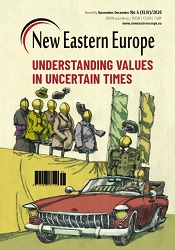 Summary/Abstract: I’m writing this essay several weeks before the American presidential election and I am told that it will only appear in print some days afterwards – when most likely there will not be a solid verdict about the winner, or even if there is one, it will only serve as the cue for hordes of lawyers to start fighting in the courts. Unlike a lot of political observers, I think that, in the long run, the outcome of the 2020 election is not as important as the fact that for the last four years a bright light has been shone in the dark corners of American politics and the problems revealed cannot be easily remedied. If nothing else, Donald Trump’s term in office has been a grotesque test of the durability of the American system; and what we have learned, if we didn’t know it already, is that there are long-standing weaknesses in the American Constitution as well as troubling aspects of our national history and characterological flaws in the American psyche.