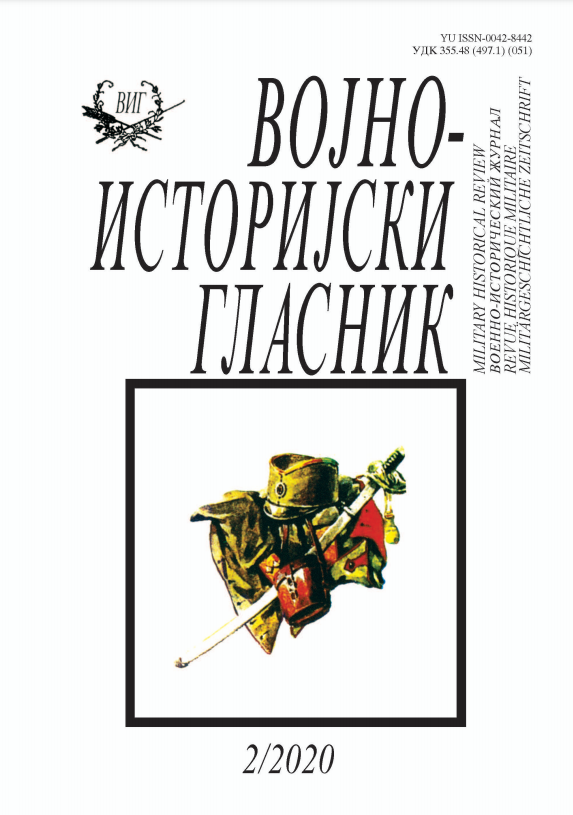 Summary/Abstract: Presenting the facts concerning those military force units which played the key role in events that took place in territories where reprisals against Serb civilians were committed during the fall of 1941, provides the clearer insight into structure of the battalions that participated in them. Data refer to 717th Infantry Division, battalions I-III/749. and I-III/797, i.e. their troops which participated in battles fought during September, October and November of the same year. Human losses as well as the basic positions and movements of German battalions in those months, war period especially difficult for the population of the wider Central and Western Serbia – Krupanj, Loznica, Draginac, Sabac, Kraljevo, Kragujevac and nearby villages where massive war crimes were committed by different profiles and purposes military units, are to be shown here. Brutality is reinforced by General Franz Beme's directives with the 100:1 quota implemented, unlike General Maximilian Reichsfriaier von Weiss' command of April 1941, which was operationally impracticable in terms of arresting hostages before the incident. These battalions' fallen soldiers are used for carrying out retaliation according to set quotas. This work is one part of the sequel in investigating details about perpetrators of the crime - German battalions participating battles around Kragujevac and Kraljevo and other territories and areas where they were stationed or moved to, during the fall of 1941.