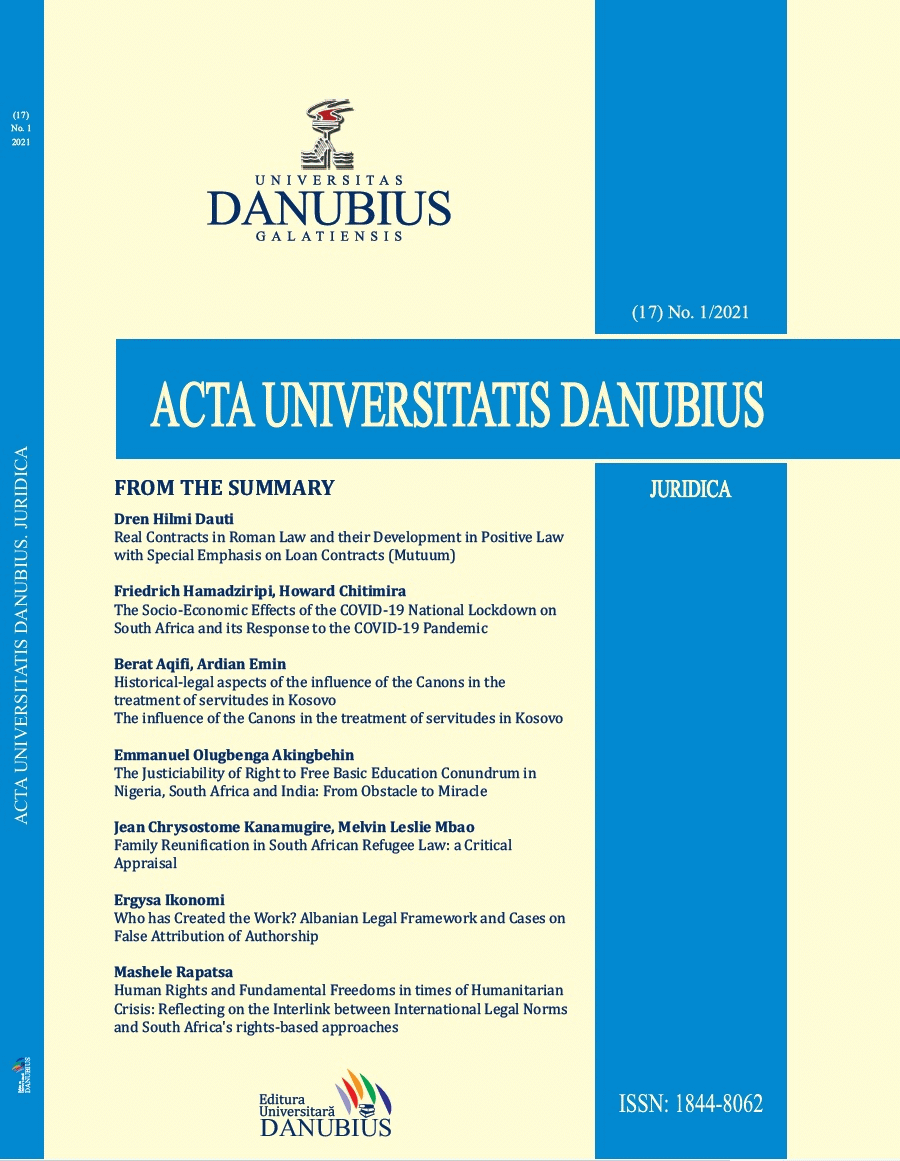 Summary/Abstract: This paper has analyzed Real Contracts in Roman law and their development in positive law in Kosovo with particular emphasis on loan contracts. Real contracts have been analyzed analytically - their types and importance focusing on the review of the loan contract, the characteristics, rights and obligations of the contracting parties - lenders and borrowers. The focus has been put on the specific consideration of this very important contract for the economy of Kosovo. The key significance of these contracts is that they enter the ranks of the oldest legal contracts. The legal rules for the loan contract have been recognized since Roman law. This contract in Roman law was a real contract, a feature that has remained until the contemporary law but with few changes. The legal rules for this contract are found in the Law of Hammurabi which recognizes the loan in cash with interest and without interest. The loan, or mutuum, is the oldest and most important real contract of Roman law. As an unprotected legal relationship has existed since ancient times and relied on the friendly giving of a certain amount of replaceable and consumable items to the debtor’s property, who committed to return the same amount of the same items to the creditor after the contracted deadline. The review was conducted based first of all on Roman Law and then focus shifted to the national legislation of the Republic of Kosovo, which is currently in force, but often focusing on the problems that exist in our practice. The loan contract is of particular importance in legal circulation considering its purpose, whereby the lender’s good intentions towards the borrower prevail. The loan contract (mutuum) in the positive law of Kosovo is regulated by the Law on Obligations, 2012.