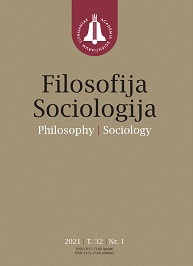 Summary/Abstract: This paper considers the growing role of regions in the current stage of globalization and demonstrates the need to move away from the economic aspects of regional studies that dominate the discipline today to the socio-psychological aspects – to perceptions, attitudes, value preferences, orientations and dispositions that characterize the mass consciousness which underlies the activities of people to further the socioeconomic development of regions. The author analyses the sociological phenomenon of ‘regional consciousness’ and why we should study it and, within the framework of a new area of regional science – cross-border regional studies, presents the findings of the first comparative study covering the features of regional consciousness. Russian graduates from leading universities in the eastern and western border regions of the Russian Federation were chosen as the subjects for this research, as they represent the most active and high-potential population group in the country.