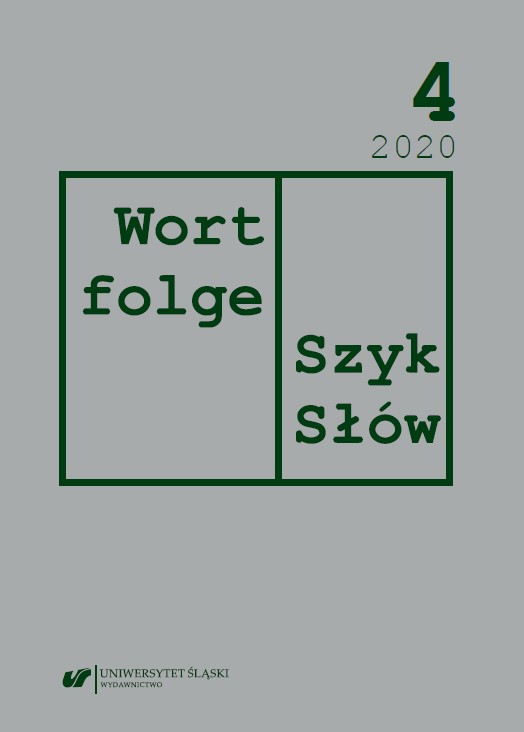 Summary/Abstract: The paper analyses the novel by Heinz Strunk Der Goldene Handschuh [The Golden Glove] against Judith Butler’s comments on Excitable Speech. Alongside the presentation of violence through language, language as a form of violence is brought into focus. The first level of analysis is constructed around the investigation of utterances and internal focalization of the character of Fritz Honka. The second level encompasses the intersubjective structure of description as a dialogic interdependence between various characters. Finally, the narration itself as a form of reported speech is critically investigated. The following hypothesis is being explored: the asynchronous speech of the characters remains inexplicit on the textual level, which evokes the described principle of hurtful speech. The expression of violence at the level of the characters is transformed into the language of violence at the narrative level. The aim of the contribution is therefore to present the narration within a critical framework allowing for evoking of the awareness of the interrelationships between language and violence.