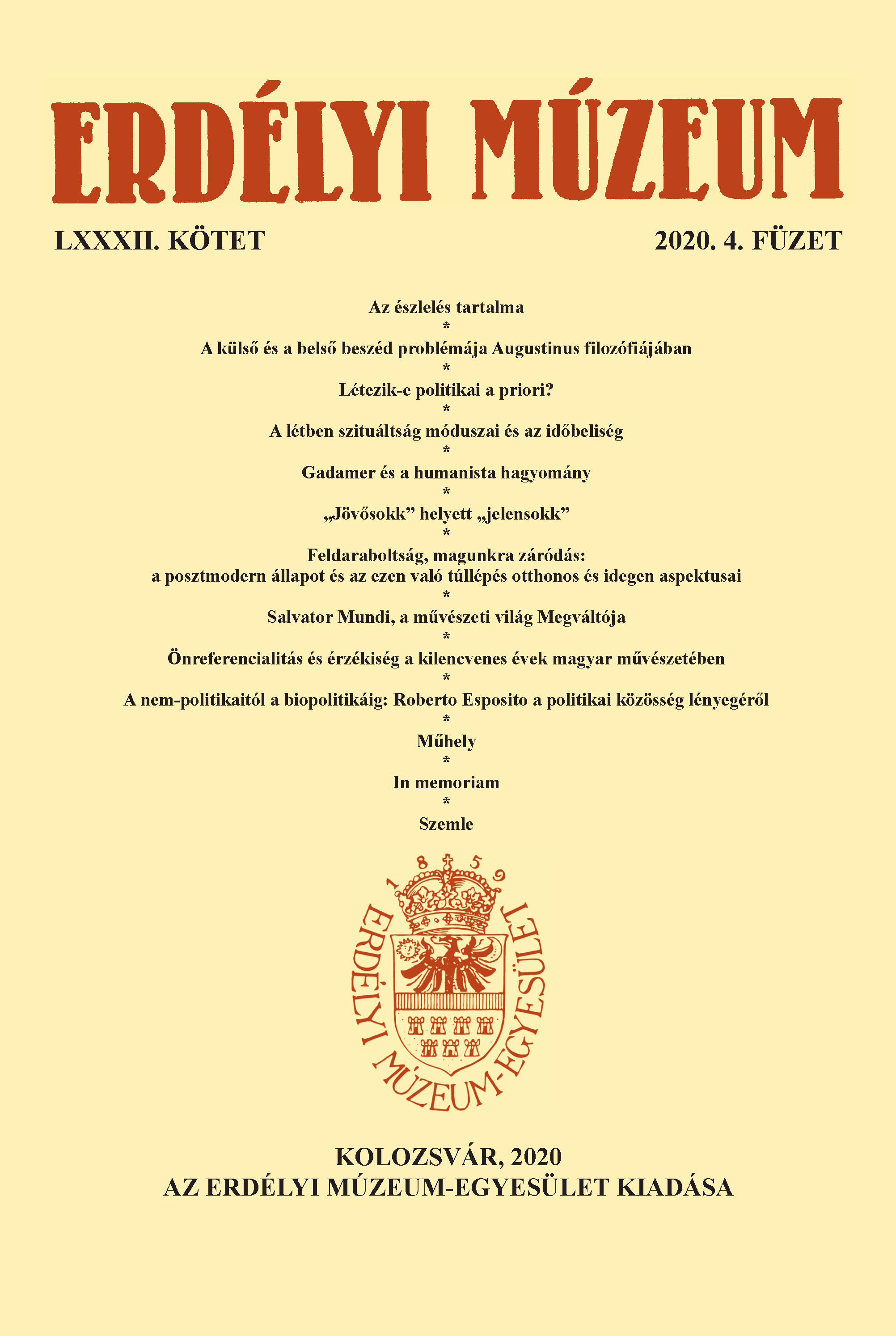 Summary/Abstract: In contemporary Italian political philosophy, Roberto Esposito is the author, besides Giorgio Agamben and Antonio Negri, who attributes a central role to the biopolitical approach in his works. Esposito’s standpoint is special. By Agamben’s interpretation, biopolitics has exclusively negative connotations; Negri uses the same expression in a mainly positive context; Esposito represents a third standpoint. Sometimes the positive, sometimes the negative side of the linking of life and politics appears in his writing, depending on the actual situation. Esposito interprets the actual appearances of biopolitics in the connection of two fundamental concepts, namely communitas and immunitas. Communitas means the historically changing practice of political cohesion of community; immunitas is a summarised expression of the different versions of individual endeavours and ambitions. It is clear from the beginning of the modernity that the political contests can be interpreted as an opposition of the principles of common and own. Besides the concepts of communitas and immunitas, the impolitical has an important role in the works of the Italian thinker. The aim of the idea of impolitical is to preserve the foundational function of the political, in the form of immunisation, for the neutralisation of the conflicts and the political itself. Consequently, the impolitical is a kind of mediator between the political system, i.e. institutionalised politics and the diffuse content of political, which can only be explained in the level of conceptual representation with a deficit.