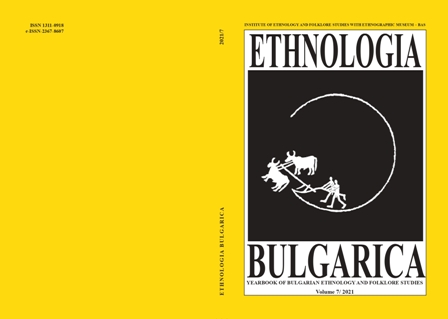 Summary/Abstract: This article deals with a corpus of little known archival documents dating from 1888-1889, stored in the deposits of the Scientific Archives at the Bulgarian Academy of Sciences and concerning the population in the territory of present-day Bulgaria as well as the prevailing way of dressing of different groups towards the end of the 19th century. A number of photographs are included as illustrations in support of the textual descriptions. The author’s attention is focused on such archival units containing descriptions of women’s garb, attesting to the fact that during the period under review, part of the Gagauz women wore shalwar. The evidence presented shows that towards the late 19th century, this type of garment established a solid presence among the Gagauz community inhabiting the Black Sea coastal areas of Bulgaria. The styling, cut and manner of wearing of that garment comes as evidence that while originally the shalwar was worn exclusively by Muslim women, during the period of modernization of the Ottoman empire, they were ‘adopted’ by the Christian Orthodox Gagauz women.