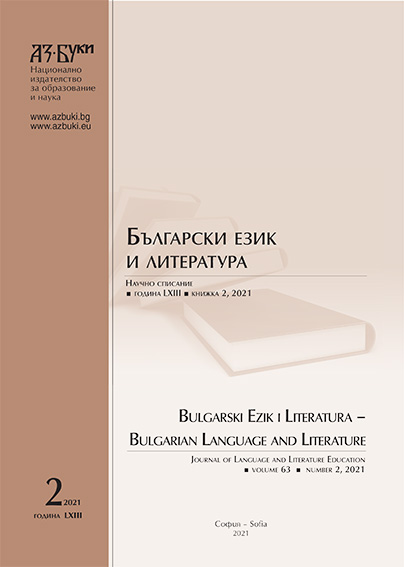 Summary/Abstract: The article traces the path of one of the great Bulgarian ﬁction writers, established between the two world wars. An author with strongly leftist convictions, Georgi Karaslavov became a ﬁgure of power in the second half of the 20th century, which determined the pathos of his work, which appeared within the regime. It actively participates in the formation of the communist mythology, in the display of fetishes and values, which are an outright falsiﬁcation not only of the historical facts, but also of the left ideology, which is very popular in the interwar Bulgarian period.