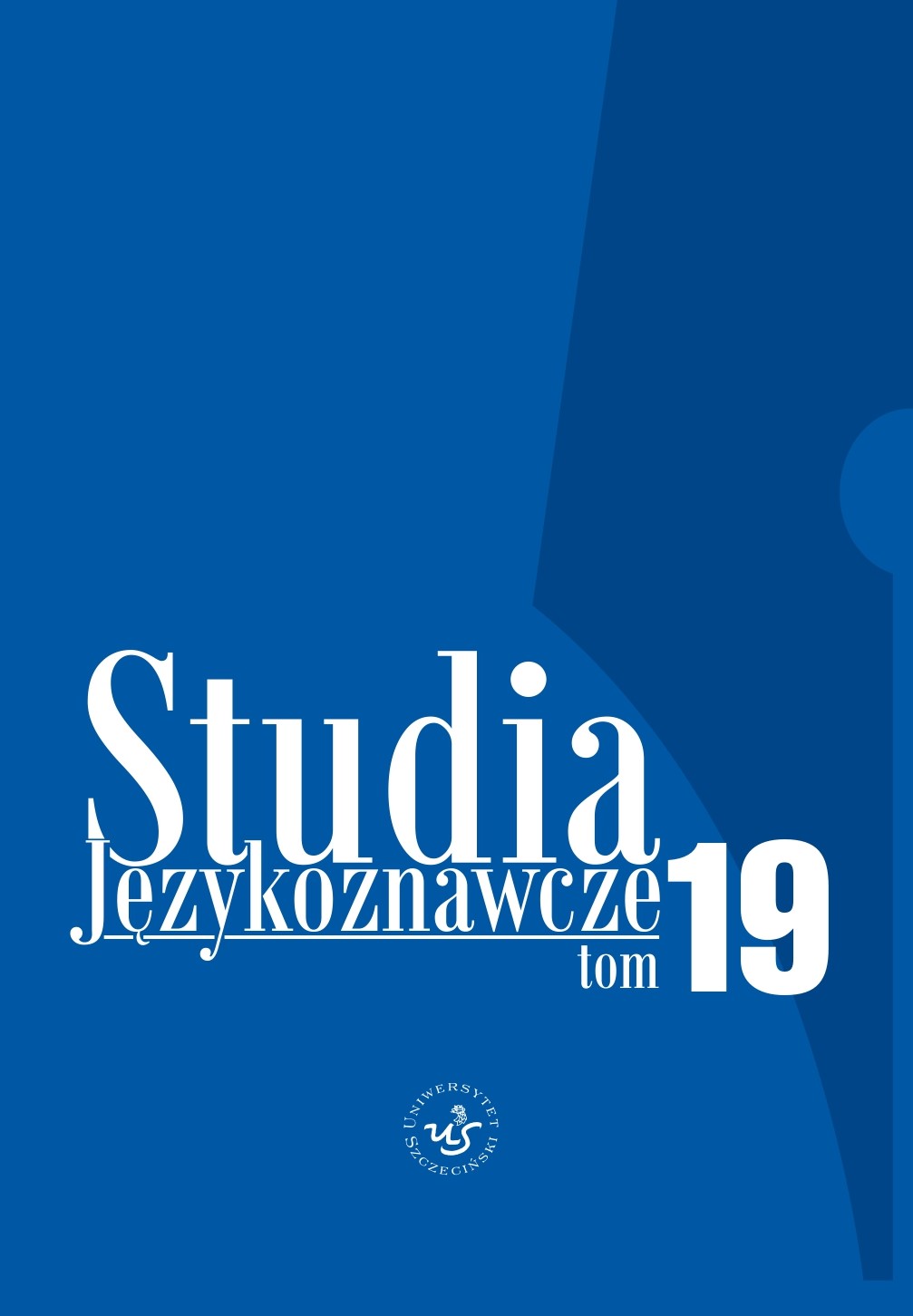 Summary/Abstract: This article discusses various aspect of using old Polish language etiquette (linguistic politeness) in the 18th-century letters written by Jędrzej Kitowicz (1728–1804), a well known author of Custom and Culture in Poland Under the Last Saxon King (translated by Oscar E. Swan, 2016, 2018). The writer is also known as the author of many letters to people connected with him by various social relations. The subject matter of this article encompasses ways of organizing the etiquette formulas used in the construction of the final part of the letters, where the genre norms allow for some creative individuality. The analysis is focused on relation between ways of using language and social determinants of the sender’s and recipient’s status. The paper discusses factors (sociolinguistic, pragmatic, genre) determining the selection of appropriate language formulas. It also presents the structure of etiquette formulas used in the letters to Kitowicz’s sister and to his powerful protector Michał Lipski, for whom he worked as a secretary and newsman. The differentiation of language etiquette. The differentiation of language etiquette formulas in the letter subscription, the care for their stylistic shape, is recognized in this article as a manifestation of linguistic politeness, which serves to maintain specific relationship between the sender and the recipient of the letters.