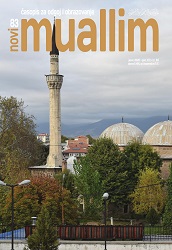 Summary/Abstract: On November the 9th, 1924, armed Montenegrins of the Orthodox Christian faith attacked the village Šahovići in Montenegro. The motive behind this attack was the revenge for the murder of Boško Bošković, the Mayor of Kolašin county, on November the 7th 1924. At his funeral the allegations were made stating that Bosniak Muslims were responsible for this murder and that it must be revenged for. The massacre of Šahovići village is the most horrible crime committed in the Kingdom of Yugoslavia in its peacetime period. Despite this and despite the fact that it was also the most atrocious massive killing we do not have much data or testimonies related to it. In this article we present, until now unpublished pieces of texts from the magazine “Pravda” that relate about this crime and reveal the brutality of the massacre committed in Šahovići village.