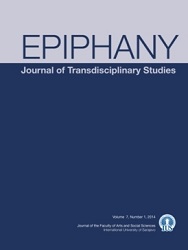 Summary/Abstract: The purpose of this paper is to provide an overview of the Akhism with the special reference to its economic aspects. Akhism was effectively functioning from the end of the Seljuk to the late Ottoman period. Akhism, with some modifications, played an important role in the establishment of an effective economic and social structure, by bringing together socio-economic factors such as ethics, production and trade. Then, Akhism succeeded in creating an effective and reliable network of relationships between citizen and state, rich and poor, producer and consumer and labor and capital. Akhism also established the working and corporate principles based on morality and social justice. Akhiis is an Arabic word which is defined as a “brother” (Akca, 2004, 356). In another source it is stated that this word is derived from Akı which means in Turkish language bravery, heroism and generosity (Bayram, 1991, 131). The brotherhood culture prevalent in Akhism has also been effective in the formation of social order and spreading of tolerance and understanding in the society. Akhism institution and tradition has been influential in economical, financial, social and cultural aspects of life. In the past and even today it has been dominant in organizing craftsmen and artists and in integrating them in a definite system and order.