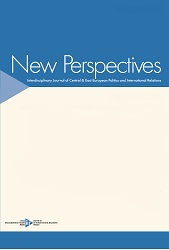 Summary/Abstract: I would like to start this reply to the latest forecast by the Institute of World Economy and International Relations (IMEMO) with a small literary digression. Besides its poetic beauty, Y. B. Yeats’ ‘Sailing to Byzantium’ became one of the poet’s most lauded works for managing to express his acute reflexivity about the problem of aging. Observing the world around him, Yeats’ character understood with astounding clarity that it no longer belonged to him. Moved by this realization, he decided to set off to a different realm, a metaphysical world of immortal culture and spirituality, poetically represented as Byzantium. This critical reflexivity about the fragility and finitude of one’s earthly life indeed secured Yeats a place among his fellow literary classics in ‘the artifice of eternity’.