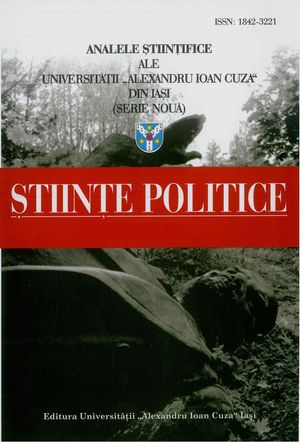 Summary/Abstract: Our article studies a niche theme of modern political science, how contemporary monarchies are dealing with the public, politicians, the media, and the entire political system. The study also underlines the transformation of today’s monarchies in terms of political prerogatives and public profiles of the royal families’ members today. Article discusses the main angles of political science and historical literature through which has been dealt the monarchy issue. Especially in the Western world, from a political perspective, persists a particular strong confusion between two essentially different categories: between monarchy, which is a form of government, and democracy, which is a model of governance. The article illustrates and other connections with this specific confusion within the interwar political literature and latest approaches. Also, our study brings into discussion an Anglo-Saxon typology of contemporary monarchies (Tim Hames and Mark Leonard (1998)) by the personification of the political system depending on geographical area and reporting to the state.Our study discusses a typology of contemporary Anglo-Saxon monarchs (Tim Hames and Mark Leonard (1998)) by the personification of the political system by geographical area and reporting to the state. Starting from several Anglo-Saxon studies and the United Kingdom’s monarchy example, the article tries to point out that modernization of the monarchy was an irreversible process, gradual and necessary for nearing of the public to royalty. Our text draws an important conclusion: generally accepted hypothesis, by those involved - the debate on modernization of the monarchy does not question the role of the monarchy as a political principle and as a systemic form of government, but trying to bring in a contemporary surroundings practices, behaviors and image of a millenarian institution. The study reveals three types of attitudes of those involved in the debate on monarchy's modernization process. Finally, bringing into question the overall size of the British monarchy, the article concludes that the removal and lack of public confidence towards institutions, suggested an institutional crisis, a democratic skidding. This has been commonly translated by removing of the institutional actors towards responses, the needs and concerns of individuals.