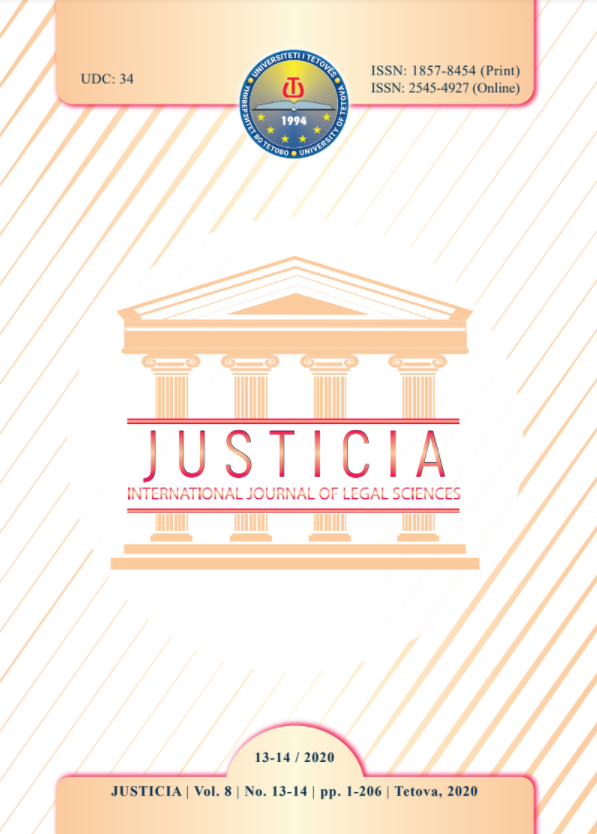 Summary/Abstract: In addition to being delayed as compared to the rest of the European post-communist states, the accession of the Western Balkan countries to the European Union has also been long and cumbersome. The Republic of North Macedonia, on the other hand, was the first country of the region to sign the Stabilisation and Association. Agreement and was awarded the candidate status as early as December 2005. Although the Commission has since 2009 several years in the row issued recommendation to open accession negotiations, the European Council has repeatedly refused to set a date for EU accession talks with Macedonia. As a result, during the last decade, in terms of the progress towards the European Union, Macedonia has been lagging behind as compared to a number of other Western Balkan countries. The main aim of this paper is to analyse the path of the Republic of North Macedonia towards the European Union. More specifically, the paper will focus on several internal and external factors responsible for delaying country’s progress towards the EU. It will be shown that long-lasting name dispute with Greece, the conflicting views with Bulgaria about shared history, slow pace of reforms and the process of antiquisation as well as the “enlargement fatigue” coupled with other internal problems of the Union, represent the most significant factors that have delayed Macedonia’s accession to the EU. While the EU and all member states have praised Macedonia’s historic agreement with Greece and friendly agreement with Bulgaria, some countries like France and the Netherlands still have objections to set the date for opening of the negotiation. Currently, the entire country is anxiously waiting Council’s eventual decision in October 2019 to begin accession negotiations.