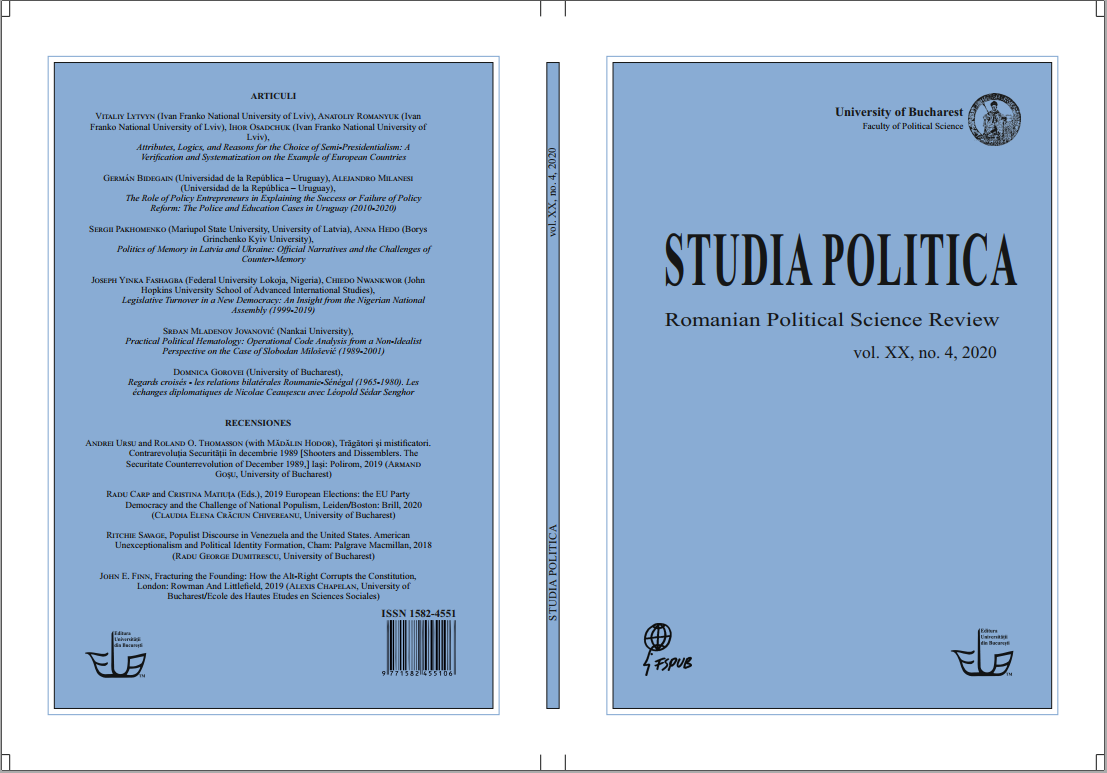 Summary/Abstract: Slobodan Milošević, a key figure in the Yugoslav conflicts of the nineties, has been the focus of much scholarly analysis. However, we have, chosen to tackle him from the perspective of Operational Code Analysis, which is most commonly used for delving into political beliefs (dubbed “philosophical” and “instrumental” within the methodology) of political leaders. For the analysis of his Operational Code, we have coded his speeches at the Congresses of the Socialist Party of Serbia (whose president he was), which was the ruling party in Serbia during the nineties, his 1989 Kosovo Field speech (from when he rose to prominence), and his 2001 reflection on the Hague Tribunal, as the beginning and end of his political career. Furthermore, and arguably more important, is the novel approach to Operational Code Analysis, wherein it goes from its initial idea of analyzing the “inner” political beliefs of the chosen political subject to the Weltanschauung that they promulgate in practice. This is based on the switch from Platonic idealism towards Aristotle, drawing as well from Sartre, and Speech-Act theory developed by Austin and Searle. The approach has been dubbed “practical political hematology”, as it functions similarly to a medical blood screening: it divulges a set of practical political beliefs not unlike the blood screening in relation to the human bodily functions.