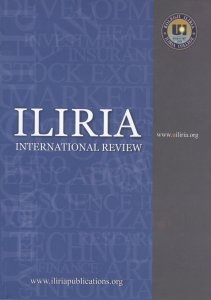 Summary/Abstract: Energy policy has historically played an important role in the development of the European Union (EU). This study examines the reasons for the choice of coal and atomic energy as the bases for constructing community institutions of governance and analyzes their successes and failures as functional areas of integration. Functionalist theory has provided the ideological foundations for the European Coal and Steel Community and the European Atomic Energy Community. Functionalist theorists advocate technocracy as the means for overcoming the conflicts inherent in traditional political processes. Coal and atomic energy were chosen as regimes of integration because of their technocratic character and the importance attached to them, respectively, as the dominant energy source of the time and the perceived source of energy abundance in the proximate future. This vision of a process of technical integration paving the way for political union was predicated on the assumption that the political and technical functions of governance could and should be separated. In fact, energy regimes could not be removed from the political context of national governance. Hard energy regimes, which include coal and atomic energy, are technocratic polities which exclude ordinary citizens from the exercise of power and intensify international conflict. Their choice as regimes of integration bestowed on the institutions of the EC a technocratic character and made it difficult for them to claim political legitimacy.