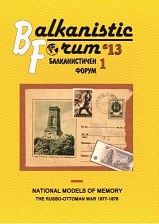 Summary/Abstract: The article follows the development of the memory culture in Bulgaria since the Russo-Ottoman War of 1877 – 1878 until present days concerning historiography, memory places, celebrations, school textbooks. The transformation of the traditional religious memory about the war into modern memory policies is analyzed in the present article. Thereby three main periods are critically examined: The period after the Liberation until 1944, dominated by the myth of San Stefano Bulgaria; the communist period (1944 – 1989), dominated by the myth of the double liberators; and the post-communist period (1989 until present days), marked by memory conflicts and wars.