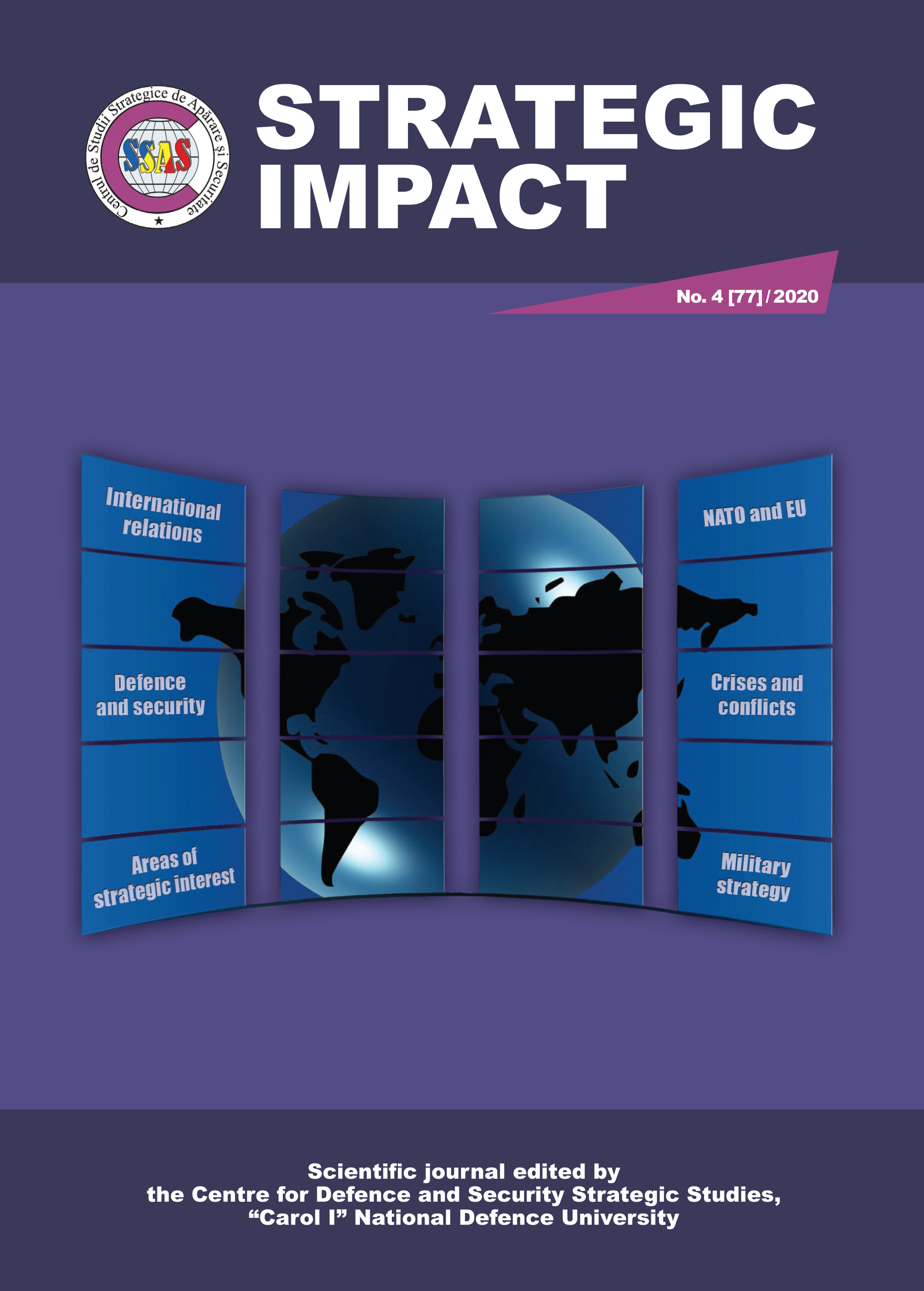 Summary/Abstract: A series of Islamist terrorist attacks have taken place in Europe over the past two decades. Although, in the meantime, the EU has formulated policy responses to prevent and counter terrorism, the proliferation of terrorist attacks, initiated by “lone wolves”, such as those in France and Austria, in 2020, shows that this specific threat is difficult to optimally address only at the political level. This category of terrorists acts as non-state actors, which not only shape EU’s security policy, but also have the potential to disrupt the substrata of the European social environment (generating fear, radicalization, de-socialization, etc.), and the need for a comprehensive cause and effect approach is felt in society, by preventing extremism and radicalization facilitating the individual terrorism apparition. Starting from the work hypothesis that the tendency in Islamist attacks is to be carried out individually, independently of terrorist organizations, by selfradicalized individuals, the paper contains a theoretical analysis of the tendencies of Islamist terrorist acts in the EU27 (in terms of frequency, victims, type of attacks, means of organization, categories of attackers and aimed targets), recorded in the last 20 years, based on initial clarifications, brought by the author to the concept of “lone wolf” terrorist, as an emerging European non-state actor, starting from a typology proposed by Raffaello Pantucci. Furthermore, some political acts and mechanisms developed by the EU for terrorism prevention are presented and some proactive measures and actions to reduce extremism and radicalization in society are considered, in order to counter individual actors’ terrorist actions.