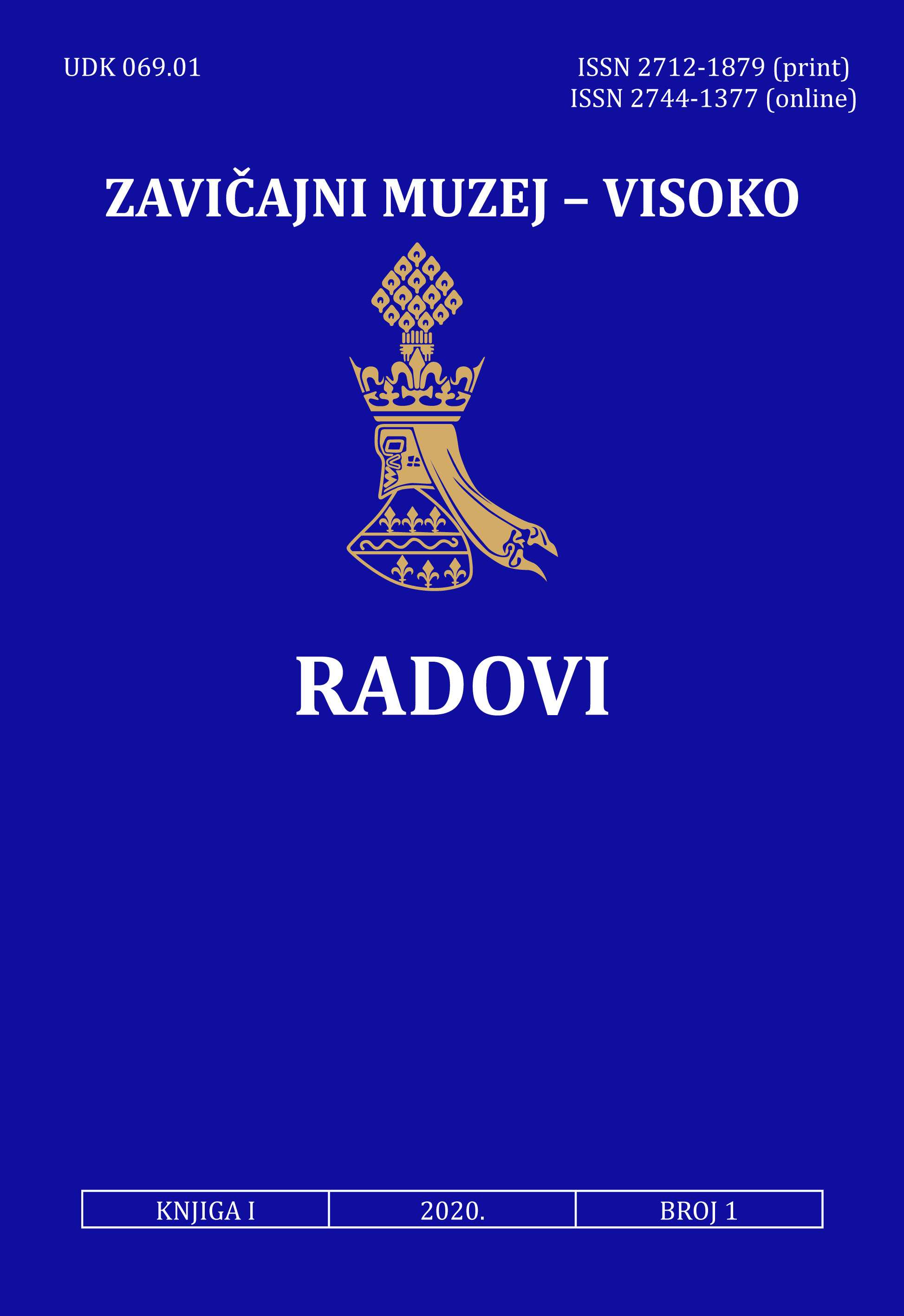 Summary/Abstract: The stećci tombstones are witnesses of a time and an invaluable cultural and historical heritage as well as a good and and reliable source in the reconstruction of medieval Bosnian history. However, the deterioration of the stećci tombstones due to natural influences or destructive human actions is a worrying fact that we need to take seriously and act immediately. The stećak tombstone as a unique phenomenon in the medieval period should be preserved and safeguarded, which is a very difficult task today. The project "Identification of location, recording and reconnaissance of stećci – medieval tombstones in the municipality of Visoko with an assessment of the degree of damage / preservation" aims to obtain accurate and reliable data on the stećci tombstones, after which the necessary protection measures can be taken at necropolises where necessary. Through presentation of the project, efforts shall be made to affirm and raise awareness of the local community about the importance of the stećci tombstones, but also about the importance of cultural and historical heritage in general. The analysis of the results, after the realization of the first and second stage of the project, yielded new and interesting data, but also confirmed some earlier data on necropolises, which is altogether an important contribution to the study of bosnian sepulchral heritage. It was noted that most of the stećci tombstones have the shape of chests, and a very small number of them are decorated and they do not have inscriptions. There was also a difference in the number of stećci tombstones compared to the previous records, which ultimately means that some necropolises now have a smaller number of the stećci tombstones, while some necropolises have a larger number of them compared to previous records. During the implementation of the first and second phase, there were noticed certain shortcomings in the project: no geodetic survey was performed on all analysed necropolises and the sites were neither marked and nor info boards were set up. The reason why these activities were not carried out is the lack of financial resources. The realization of the project continues and there are three more phases left. There was planned increased funding in the budget in the third phase of the project. The funds were provided and the implementation is planned by the end of 2020. The remaining two phases are planned to be realized by the end of 2022. The realization of the first and second phase of the project partially justified and fulfilled the set goal, and only with the full realization of the project we can say that we have made a valuable contribution to the study of Bosnia and Herzegovina in the Middle Ages.