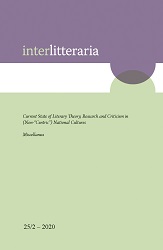 Summary/Abstract: The purpose of this article is to show the evolution of the historical novel that began in the era of independence, to highlight the peculiarities of male and female historical narratives, and to capture critical reactions and tendencies of assessment of that kind of novel. At the beginning of independence, the poetic prose of a minimal story was established in Lithuanian literature, which was created by the most prominent Lithuanian prose writers, and the historical novel made its debut as a complex experience of poetic narration. Poetry and prose focused on archetypal narratives, national consciousness and ethnic semantics and were characterized by an abundance of associations, but not by a clear storyline. Among common variations of the male historical novel, we can observe historical novels written by women, which have won both literary awards and readers’ approval.