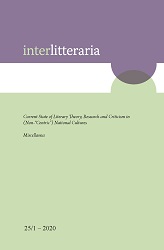 Summary/Abstract: When Graham Greene wrote Monsignor Quixote (published in 1982), one of his aims was to reflect critically on the role of the Catholic Church in the Spain of the late 1970s, as well as on the support this institution offered to the former dictatorship of Franco within the so called ‘National Catholicism.’ In this novel, the reader witnesses the evolution of the protagonist, Father Quixote, from a religious living a complacent life in a small village in La Mancha to a priest in rebellion against the conservative hierarchy of the Catholic Church in Spain. Drawing upon Gerard Genette’s theory of transtextuality, I will examine Greene’s use of different religious texts to fight a model of conservative Catholic Church that he rejects. I will focus my analysis especially on the intertextual and metatextual references to the Gospels that the Bishop of La Mancha/Father Herrera and Father Quixote make in their dialogic interactions, references that portray their different vision of the role that the Church should have in society.