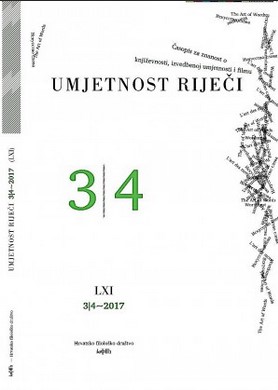 Summary/Abstract: The Jätakas tales about previous existences of Gotama Buddha are a voluminous and extremely popular part of Buddhist literature. Told, according to the Buddhist belief, by Gotama himself, the jätakas describe the path of the future Buddha (Bodhisatta) who, being reborn numerous times as human, animal or deity, gradually moves towards his last existence and Enlightenment. The paper aims to show a manner in which the shift between narrative voices simultaneously allows identification and distinction between Buddha and Bodhisatta (based on the research by Naomi Appleton and Sarah Shaw, and accompanied by additional explanations and illustrations). The Jätakas are presented in the light of the Buddhist doctrines of no-self and Buddhist interpretation of the rebirth-process. Also, it is suggested that the lasting popularity and the lure of the jätakas can be seen as rooted in their potency to serve as a kind of model for resolving various life-issues to which even a modern-day reader can relate to. The paper also aims to introduce Croatian readers to extremely diverse and numerous motifs and themes presented in the Päli Jätaka collection.