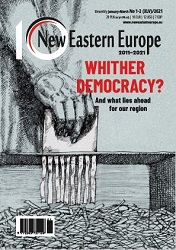 Summary/Abstract: Nuclear energy began to develop actively and significantly in the second half of the 20th century. This boom was primarily due to the dynamism felt in all sectors of industry which was based on large numbers of labour and massive electricity demands. Yet, the beginning of the 21st century started to see a decline in this sector. Today competition in the energy sector contributes to the fact that energy markets are developing very rapidly and energy resources are becoming more affordable. According to the World Nuclear Industry Status Report 2020, for the first time in history (in 2019), non-hydro renewables such as solar, wind and biomass generated more electricity than nuclear power plants – 2.4 gigawatts of new nuclear plants installed compared to 98 gigawatts of solar and 59.2 gigawatts of wind. The world’s operational nuclear power capacity has declined by 2.1 per cent by the middle of 2020. The stagnation of the sector continues.