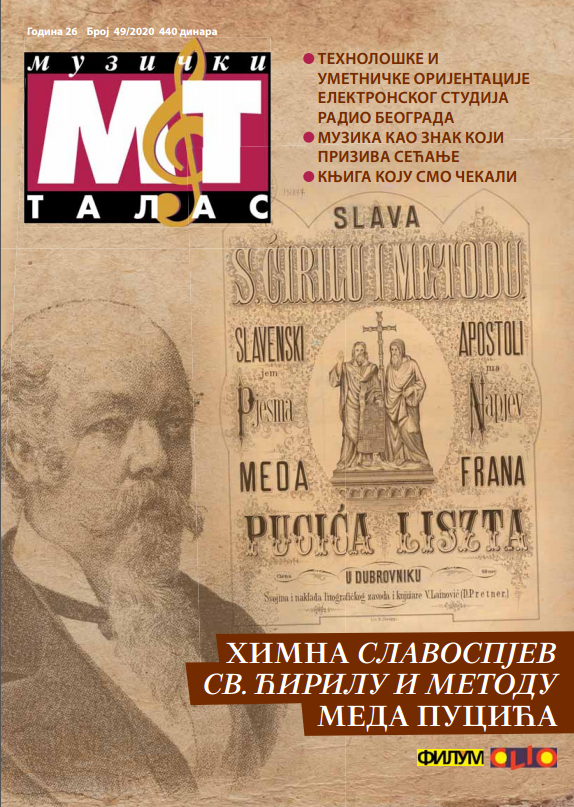 Summary/Abstract: I planned the establishment of the Electronic Studio of Radio Belgrade back in 1966, while I was working at the Experimental Studio in Warsaw. The proposal for the establishment of the Studio was accepted only by Aleksandar Acković, the head of the Third Program. For financial reasons, a computer studio was not established, but rather an analogue one with voltage control. Its main task was to realize a part of independent electroacoustic music. In order to master the process of composing, composers were trained for independent work or collaborated with Studio staff. In the range between the objective and the mental, both determinism and indeterminism were chosen. Media orientations ranged from electronic immanence to simulation of vocal-instrumental music using electronics. Electronic music components for multimedia works were also realized in the Studio. The stylistic orientation encompassed both modernism and postmodernism. After the war in the 1990s, Studio activities were completely reduced and this situation remained until its reactivation in 2015.