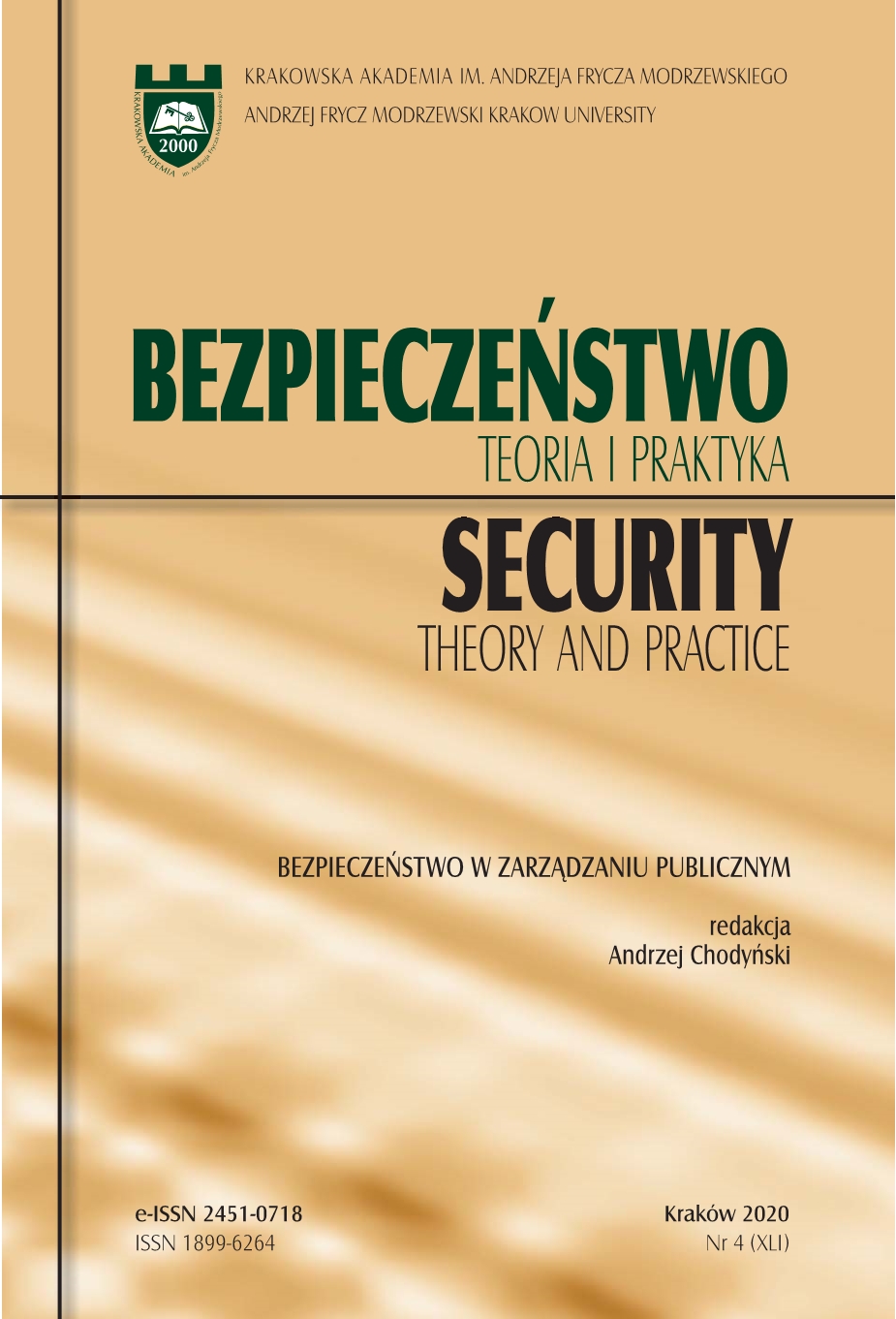 Summary/Abstract: The goal of this paper is to emphasise the role of the Uniformed Public Services, which specialise in maintaining security and public order. An important part of the paper is made up of the analysis of a variety of separate areas – such as military, paramilitary, and civilian – whose coexistence favours the correct integration of these groups into the public security system. In light of the above, the it has been acknowledged that the desirable methodological approach to apply in the paper is a systems approach to security, understood as the exploration of system and environment boundaries, the analysis of system coordination, and the interdependence of elements or subsystems. All these approaches allow to explicate a highly complex system