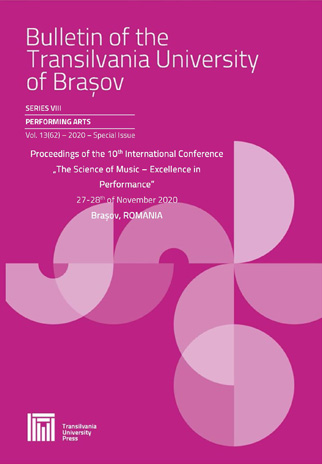 Summary/Abstract: The collection contains a selection of folk songs from the Hungarian populationliving in Romania. Of the four volumes planned, three have been published so far. The entirecollection is expected to span 18 regions and 3 micro-regions, as well as a strip of hundredsof kilometers from Transylvania and other areas outside Transylvania. These include somemore developed areas which abandoned their traditions in the first half of the last century,and some more traditional regions. The first three volumes comprise folk songs from 174localities, collected by 126 collectors, including Béla Bartók, Zoltán Kodály, László Lajtha,János Jagamas and Zoltán Kallós. The collections took place between 1899 and 2017. Themelodies have been selected from the archives of Transylvanian and Hungarian institutions,as well as from audio materials accompanying various publications. In this selection I havetried to add as many songs as possible which belong to the old strata of folk songs. I havetried to include as many pentatonic melodies as possible because these stratapredominantly feature this scale. Also, in the last century the everyday folk-song repertoireshifted toward a fixed-rhythm performance mode. An ancient form, with its speech-likemode of performance, is now in the process of being lost. Therefore, the number in thepublished volumes is smaller than that of the folk songs performed in a tight rhythm.