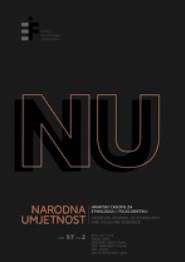 Summary/Abstract: This article explores the highly heterogeneous social structure of female workers at two fish canneries: Kvarner on the island of Lošinj and Plavica on the island of Cres. The heterogenous workforce reflected certain characteristics of Yugoslav society. First, there was regional and ethnic diversity. Second, there were differences created by rapid modernization, especially between educated and uneducated women who possessed different types of knowledge and embodied different behavioral norms. The third set of differences between workers was based on a traditional patriarchal idea of female propriety which existed simultaneously alongside the socialist idea of a “working woman”. Lastly, the position of workers was also shaped through the tension between appreciation of industrial and physical labor in socialism and tourist imagination of the Adriatic coast. Workers’ narratives and the visual material testify to social hierarchies and differences, but also to negotiations of these positions and different affiliations, all of which depended on their various situations and interests. The stories from different factories also point to different possibilities of social relations, interactions and community building. While workers from Kvarner in Lošinj on occasions remained disintegrated, workers from Plavica on Cres traversed boundaries more easily and formed a close-knit network and community. This was due to the different working and living conditions in the two factories, including a policy of organized leisure and social events, which were a consequence of different periods in which the factories operated, different roles that they had in the local community and different factory management.