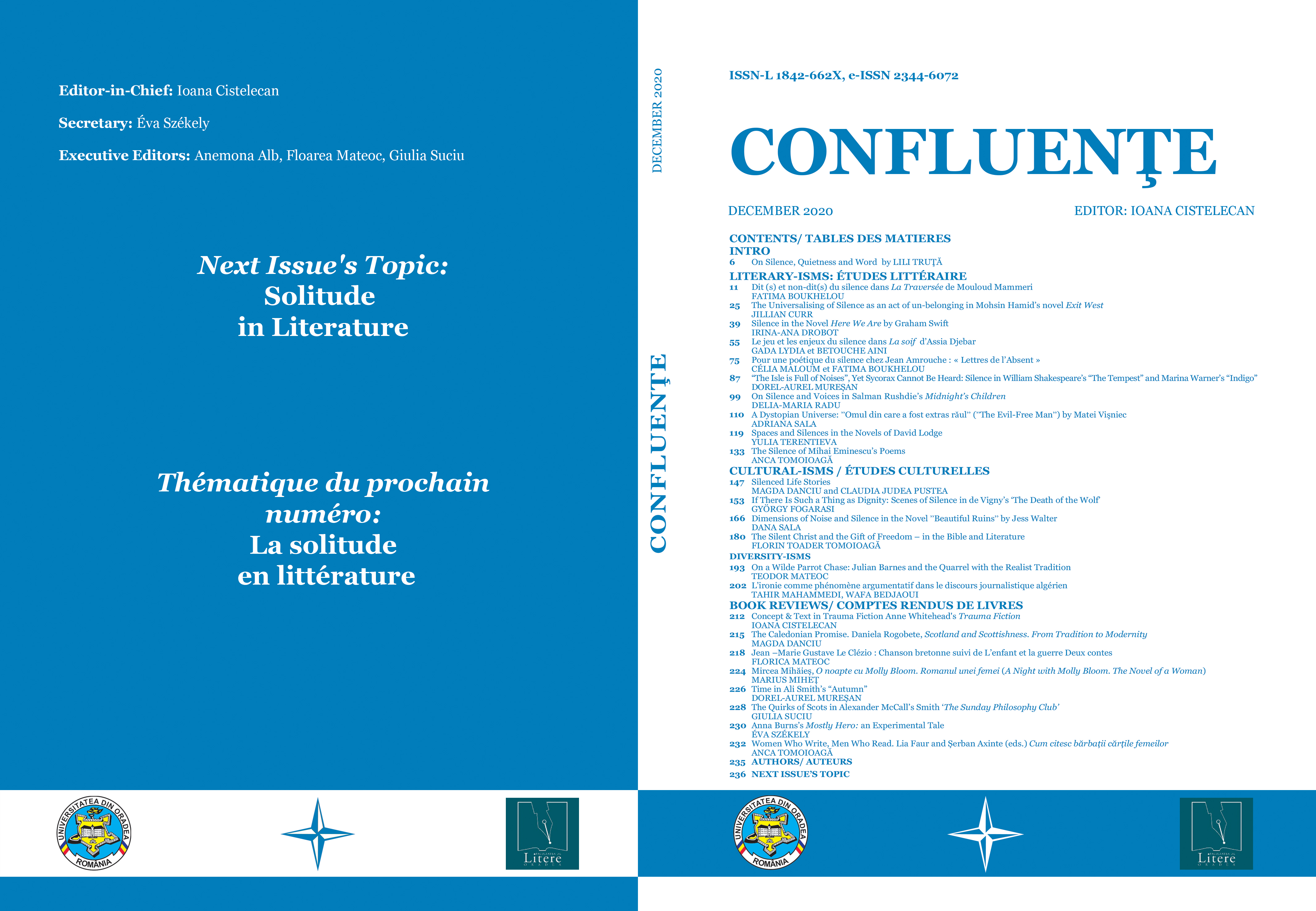 Summary/Abstract: Matei Visniec`s play, Omul din care a fost extras răul (The Evil-Free Man) is a dystopia, casting the partnership between human brain and rat brain as the only possible model for an alleged progress in a society where positive thinking has taken the lead. Rats are called to ease man from the burden of having anything to do with his/her conscience. Man has given up the fight for humanity. This makes man vulnerable to a request expressed by rats to form a man-animal partnership but in which the rats must act like the inner self, like the innermost voice of the conscience. Should man accept such partnership, apart from its nauseating and anxiety-inducing effects, it would mean that man has given up any hope for mankind. Poetry could bring salvation, people need the imprecision, the lack of determination, the space for ambiguity but also for the visionarism which they find in poetical language.