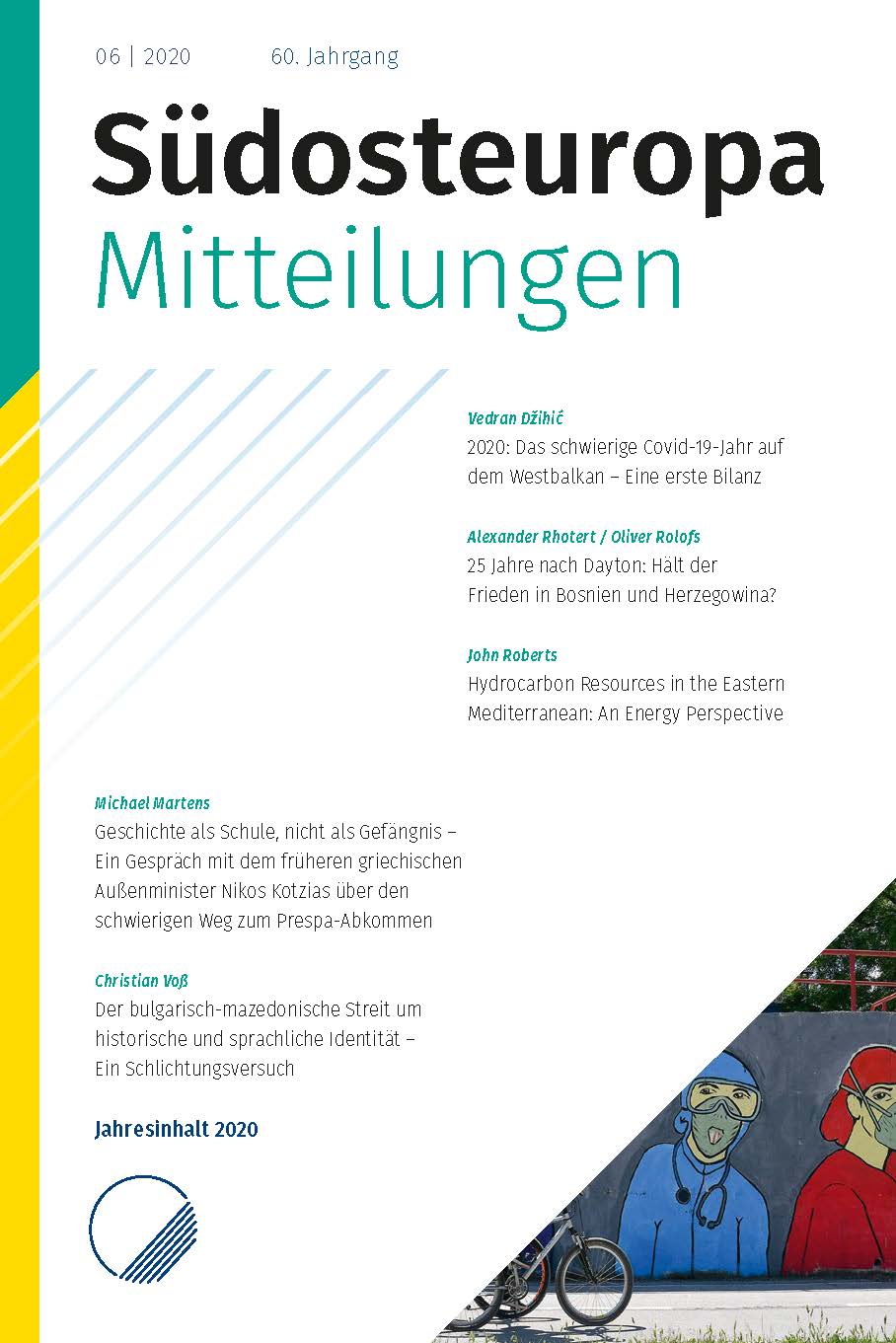 Summary/Abstract: In 2020 Bulgaria started a feud with North Macedonia with the reproach of falsifying its own and Bulgarian history. Threats to block the start of EU membership talks with the Western Balkan countries North Macedonia and Albania followed.The article fact-checks the Bulgarian arguments: Since the 1950s a distinct Macedonian standard language exists. The regional history of Macedonia of the 19thand early 20th century can be told as a spill-over of Bulgarian nation-building to the region then still belonging to the Ottoman Empire and later to the Kingdom of Serbs, Croats and Slovenes. It can also be narrated from the perspective of the local population among which a Macedonian identification developed before 1944– as indifference and/or resistance against the increasingly violent nationalisation attempts from Belgrade, Sofia and Athens and the internal colonisation after the Balkans Wars. “Shared history” does not mean a one-sided, forced adaptation of Macedonian narratives to the Bulgarian ones, but to take a multi-perspective approach.