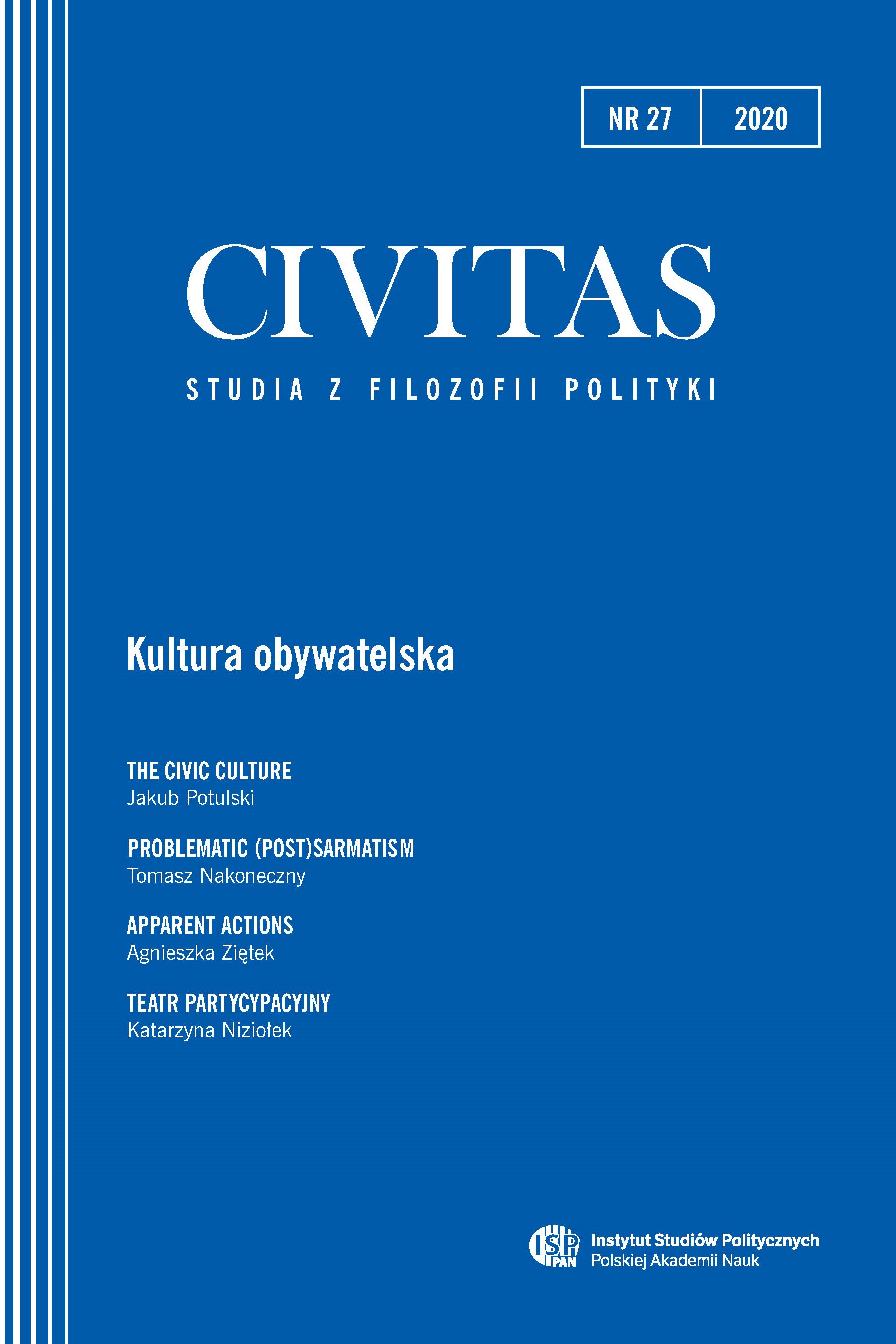 Summary/Abstract: The article shows (post)Sarmatism as an element of the Polish identity discourse in its community dimension, which mainly takes account of its civilisation and cultural aspect, defined by relations with (post)modernity. Although this discourse includes (post)Sarmatism in reflection on the key determinants of collective identity, such as community, Polishness and so on, it generally does so in a simplified manner, not free from prejudices and excessive bias. Liberal thought, which should have the greatest share in shaping the sphere of self-ideas of (post)modern society, shows a clear reluctance towards Sarmatian heritage, which is hardly surprising given its Enlightenment origin. However, one should understand the reasons for this reluctance, taking into account its stricter context, which is determined by the mechanism of programming Polish cultural projects in essentialist codes. Meanwhile, according to the author, the ‘post-mortem’ history of Sarmatism (nineteenth–twenty–first centuries) is part of the pan-European struggle of Tradition and modernity. When set on this plane, (post)Sarmatism can be considered in terms of lack (discontinuation of a specific tradition) and compensation (attempts to work through modernising deficits). The Sarmatian heritage, torn out of the vicious circle of stereotypes, myths and silences, should now be included in the debate on the foundations of Polish civic culture, because it belongs to the contingent (in the liberal sense) history of the Polish habitus, and it is also characterised by the syndrome of un-working (not being discussed in contexts important from the point of view of the struggle of Polish consciousness with what is broadly understood as modernity). It also needs to be made real by being located in the circle of geopolitical discourse. The perspective of the recontextualisation of Sarmatism, which neo-Sarmatism with its essentialist-nostalgic poetics has created in contemporary identity discourse and postcolonial thought with its binary schemas, seems insufficient.