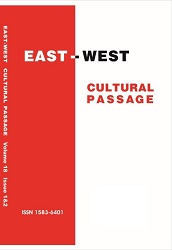 Summary/Abstract: The aim of this essay is to prove that, throughout Ali Smith's There But For The (2011), the “narrative” subjective identity (Alphen 83) accessed via the face-to-face relation (Levinas and Hand 42), as well as through storytelling itself, is liable to be turned into archivable information under the pressures of a surveillance state in which its citizens are complicit. I will use this archival/ narrative identity dyad as articulated by theorist Ernst van Alphen in order to investigate at length the novel’s staging of hospitality as corrupted by surveillance. I will oppose the notion of identity as information against Emmanuel Levinas’s conception of the face-to-face relation (Levinas and Hand 42), whereby true hospitality depends upon the mutual respect one person has for the absolute singularity of the other, which involves personal information and the right to privacy. As it will become apparent, these identities lose or gain agency according to the engagement of the self with a newly arrived foreign alterity. Thus, the arrival of strangers throughout Smith’s novel thematizes the scenario of hospitality in tension with the stranger as surveyor or as surveyed. The doubling of language, the self-editing of one’s discourse and the risky openness towards the Other are modes of resistance that eschew the artificial categorizations upon which the archival identity is contingent. However, the bridge from interiority to exteriority is mediation. Smith therefore develops a conception of secularized Grace that works by exploring the revolutionary potential of this very mediation and can disrupt the logic of tyrannical surveillance. Part of this approach to history and language is informed by the witnessing of the traces left on the bodies of martyrized dissidents by unjust systems at their apex. There But For The is narrated by four characters in the mediatic aftermath of a bourgeois dinner party in an affluent suburb of London that witnessed the sudden and unexplainable reclusion of Miles Garth into the spare room of his stunned hosts. The event, as well as those leading up to and following it, is recounted by a grieving nature photographer in his sixties named Mark; May, a rebellious old woman suffering from dementia; an unemployed, middle-aged Anna; and Brooke, a ten-year old girl and voracious reader. The essay will approach these characters’ meditations upon the nature of identity as split between its narrative and archival forms.