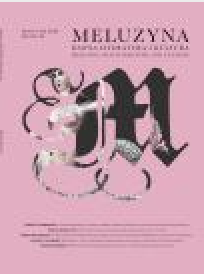 Summary/Abstract: Sarmatism is a concept with an exceptionally bad reputation; what is worse – there is a duality in it (it is something a bit embarrassing, and yet it also contains positive, or even valuable elements), which is very difficult for researchers to deal with. Sarmatism is not only “a cultural formation developed at the end of the 19th century”, but it is an extremely important and permanent element of our tradition. At the same time – in a sense, it was ultimately shaped in the 19th century, and not, as we commonly believe, in the 17th century. It is something very disturbing, and this is precisely because of its specific “long life”. Adding my voice to this discussion about our tradition, I must begin by answering the question: what is Sarmatism? It should be recalled that Sarmatism is understood as: 1. a geographical and ethnographic concept, 2. style, 3. cultural formation, 4. ideology. The first three meanings, in principle, are not in doubt; while the latter is the most problematic. The article is focused on a broad analysis of this understanding of Sarmatism. Understood in this way, it is based on values adopted a priori: patriotism, honesty, religiousness, respect for tradition and faithfulness of the vassaloath towards the senior. In conclusion, I write that Sarmatism and all Polish culture had a culture-forming role in restoring Europe to the countries of Sarmatia Asiatica (that I will recall the Miechowitas formula). Like other researchers, I see all the limitations and shallows of Sarmatism, but above all – and that is why Juliusz Słowacki and Cyprian Norwid were quoted – I suggest to see the greatness of Sarmatism. Maybe it is time we would start looking at our past not only critically but also with love, seeing in it what caused that and in the 17th century also often was seen and acknowledged – our right to be an equal member of the family of European nations.