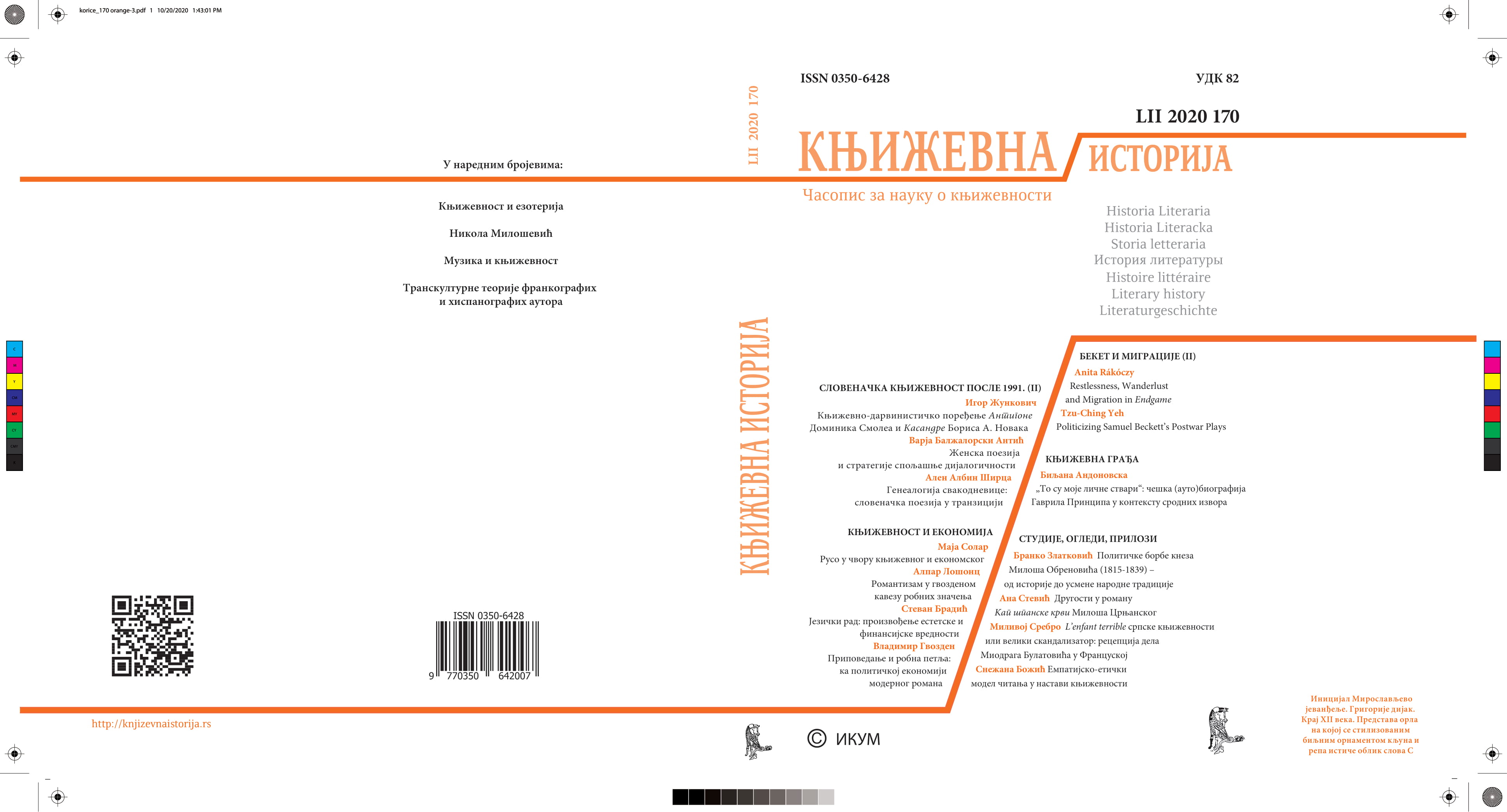 Summary/Abstract: Building on the previous research, where we edited the text of the Czech (auto)biography of Gavrilo Princip and reconstructed the context of its origin and publication in Czechoslovakia and the Kingdom of Serbs, Croats and Slovenes (Andonovska, Jevremović 2019), in this paper, we are dealing with a comparative critical analysis of this document and early postwar writings about Princip. Special attention is given to the comparison with the stenographically recorded conversations that the Viennese neurologist and psychiatrist Dr. Martin Pappenheim had with G. Princip in 1916 in Theresienstadt, which were not published in their entirety until 1926.The Czech autobiography and Pappenheim’s document form a kind of diptych and correspond in several genetic aspects. They were written in German in the same place and at almost the same time, in the first half of 1916 in Terezin, and their first presentation to the public was synchronized: in the middle of the summer of 1919, in the socialist media in Prague and Vienna. This is followed by a series of specific textual similarities, including highly singular ones, such as errors and omissions. Above all, these two texts were published in the Kingdom of Serbs, Croats and Slovenes under almost identical titles: Pappenheim’s document in 1926, entitled Princip on Himself, and the first translations of Princip’s Czech autobiography in 1919 as Gavrilo Princip on Himself. With all these coincidences – time, place, language, genre, title – it is obvious that the enigma of the origin of Princip’s autobiography can best be understood through a comparative analysis with Pappenheim’s document.