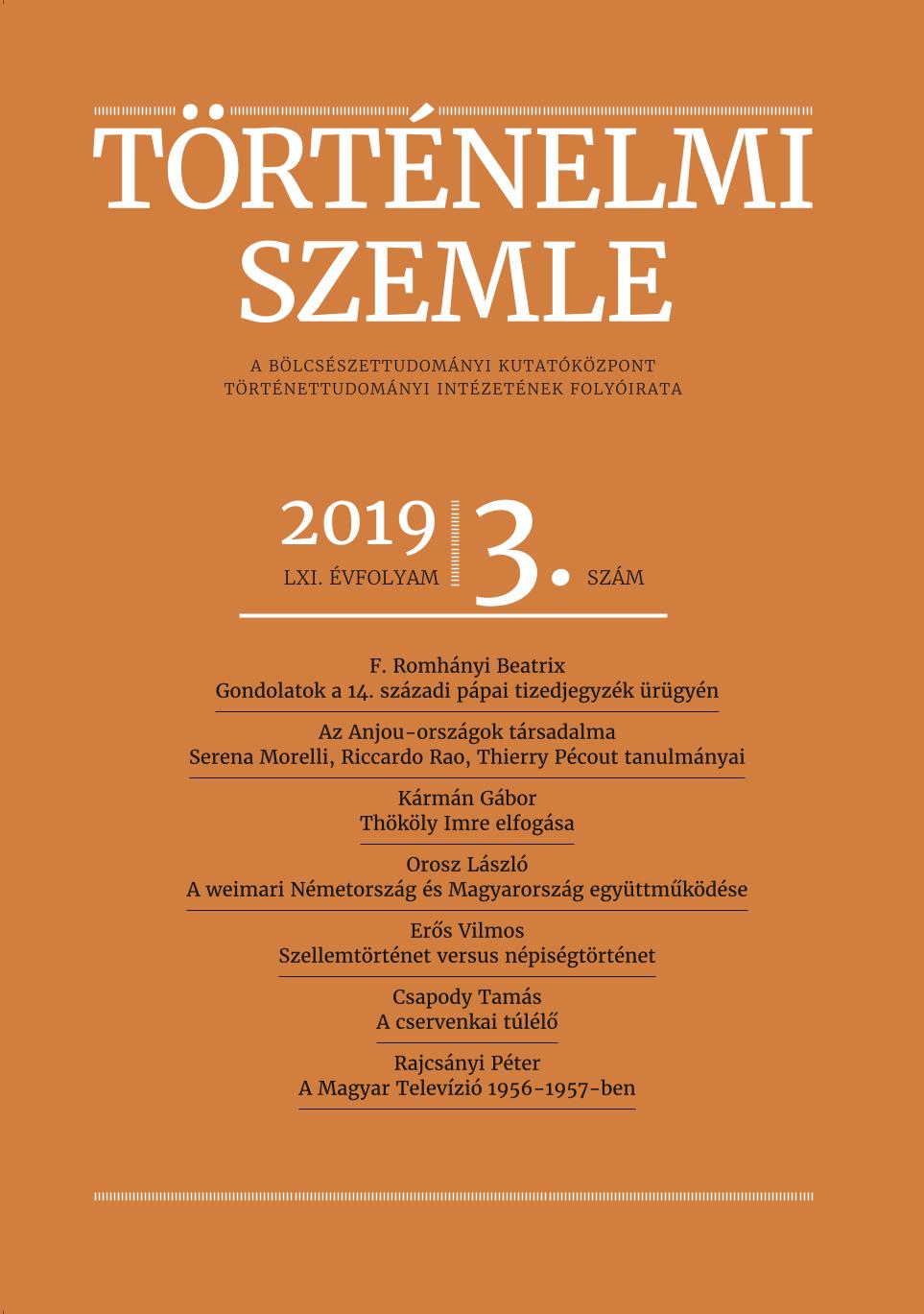 Summary/Abstract: One of the most outstanding sources of Hungarian medieval studies is the papal tithe register that was made between 1332 and 1337. Its importance is reflected by the fact that in his great work on the Historical Georgaphy of Hungary in the Árpád Era György Györffy adopted its date as the closing term of data collection. The register, which has survived in Rome, together with the register of the dioecese of Zagreb, compiled in 1334, and covering the later Lower Slavonian counties as well, contains altogether 4066 parishes. Despite its unique wealth, however, the source is far from complete. While some of the gaps can be filled on the basis of other sources, the blankness of the Great Hungarian Plain seems beyond repair. Nevertheless, in comparison with other Hungarian and European sources, the papal register can be regarded as statistically complete, and most of its known lacunae (diocese of Győr, Szepesség, Barcaság) complemented. The trustworthiness of the database thus constructed does not lag behind that of any other early European database. On its basis, it seems safe to state that the consolidation of the Hungarian parish system was not late with regard to the West of Europe, and it seems probable that the parish/population ratio was close to the number known from similar English and French sources (cca. 520-530 persons/parish). All this seems to underpin the conclusion that it is not due to the destruction of the written sources that no more parishes are known on the Great Plain in the first third of the fourteenth century. Thus, the chronology and canonical situation of parish churches attested by archaeological evidence but unrecorded by the tithe register and, in consequence, the whole settlement and population history of the Great Plain should be reassessed from a new perspective.