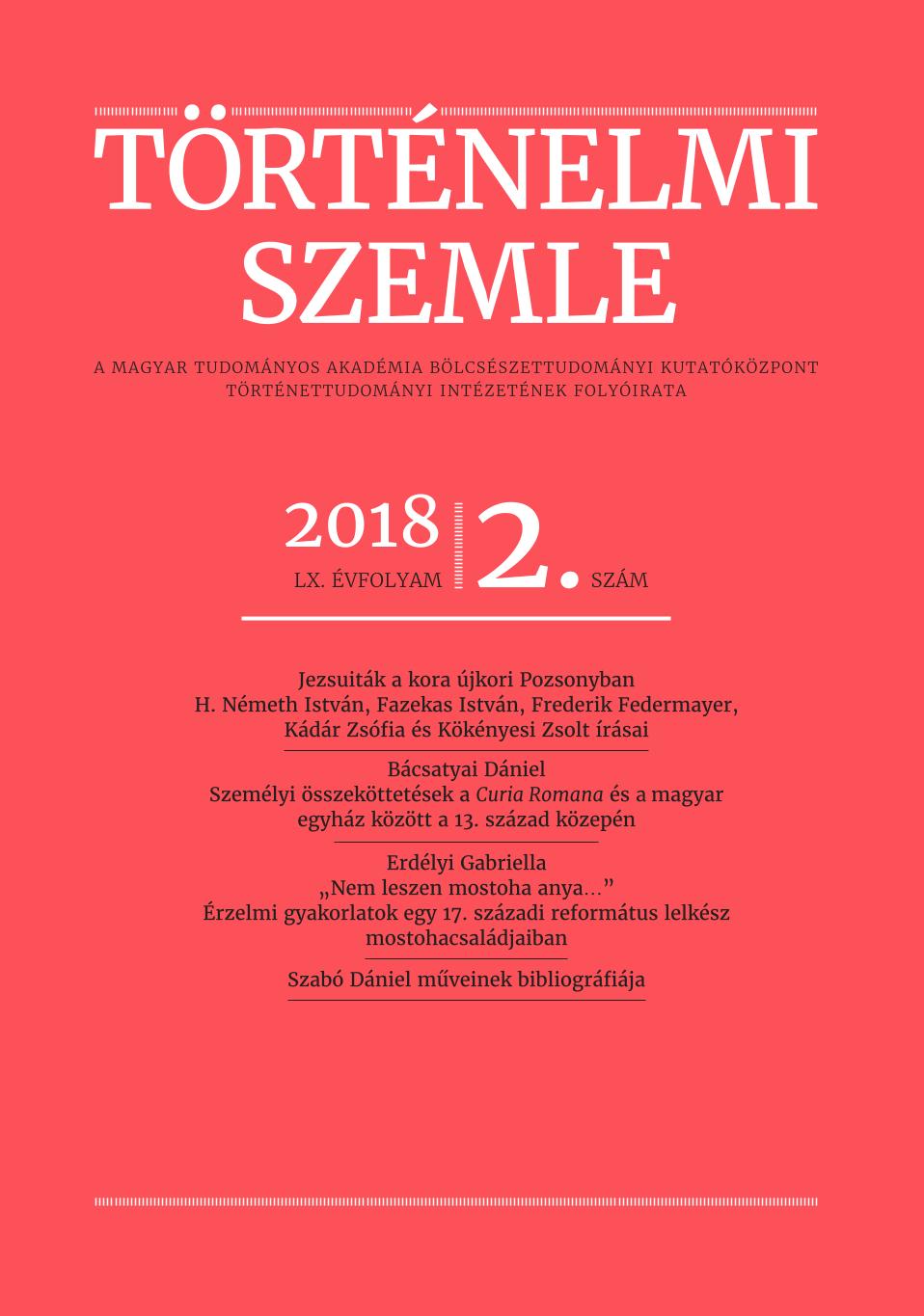 Summary/Abstract: The study aims to explore the network of ecclesiatical institutions in the city of Pressburg, the new capital of the Hungarian Kingdom, in the middle third of the seventeenth century. Although the majority of the city’s population had adopted the Protestant faith, the medieval ecclesiastical infrastructure survived the changes basically unharmed. There continued to function the collegiate chapter with its provost and fourteen canons, as well as the cloisters of the Marian Franciscan friars and Poor Clares. The main reason for that was the emergence of Pressburg as the capital of the Hungarian Kingdom, the life of which was consequently influenced not only by the local community and its elite, but also by the government institutions settled there, and the members of the national political elite who acquired lands in its neighbourhood. The network of Catholic institutions in the city provided a strong support for the early activities of the Society of Jesus.