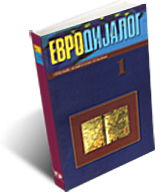 Summary/Abstract: The acceptance of the European countries as members of the European Community had not faced major challenges until the end of 80’s. It was understandable, having in mind the fact that the Western block countries of the divided Europe (and the World as whole), were already showing their interest for. Given the situation, it wasn’t necessary for the foundational agreements, to prescribe precisely the terms and conditions of such membership. Dated that period, only the Turkish membership application has remained unsolved, apart from the fact that its Association agreement has been signed almost 40 years ago, in 1963. Right after the collapse of the socialist formation, the disintegration of the USSR and Yugoslavia, and the separation of Czechoslovakia, most of the former socialist countries have announced their intention to join European Community. Thus, the issue of their acceptance became one of the most debated topics which was of same importance both for the candidate nations, as well as for the European communities and their member states. The prospect of integration of the European continent and the dream of numberless pro – Europeans had to be achieved. However, the membership preconditions and criteria have been precised and complex measures of reformation undertaken, just in order – the Union to be able to function with doubled number of member states. The aim is complete integration of the European continent. Various forms of technical and financial assistance were defined within the Union. The results of those measures are to be seen soon – in 2004 when the most significant enlargement of the European Union is expected. Remaining nations are waiting for their integration in the future as well.